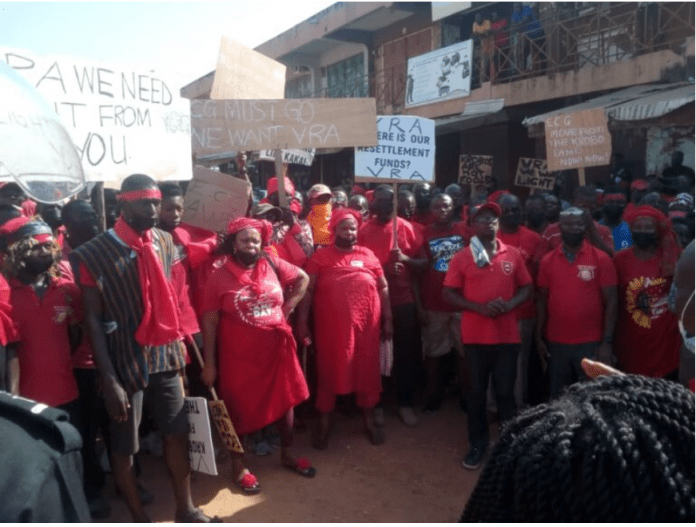 The people of Krobo Land in the Yilo Krobo District of the Eastern Region say it will take them between five to ten years to be able to pay the electricity bills being handed to them by the Electricity Company of Ghana (ECG).

Youth of Yilo and Manya Krobo communities on Monday November 22 protested against a move by state power distributor, ECG to introduce prepaid meters in the areas.

The residents have had concerns about wrongful billing, poor investigation into a shooting incident that affected a handful of residents in a violent clash three years ago and ECG’S inconsiderate handling of issues arising.

Reacting to the development on 3FM’s Sunrise on Tuesday hosted by Alfred Ocansey, the Secretary to the United Krobo Foundation, Joshua Evor,  said “we need between five to ten years to pay the debt owed ECG”.

“This amount of money, people of Korbo cannot pay. It will take us ten years to pay GHS20, 000”, he explained.

Mr. Evor added that “the people of Korbo did not say we will not pay electricity bills”.

“ECG did not come to read our meters between 2014 and 2018 and we are saying that the bill should be cancelled”.