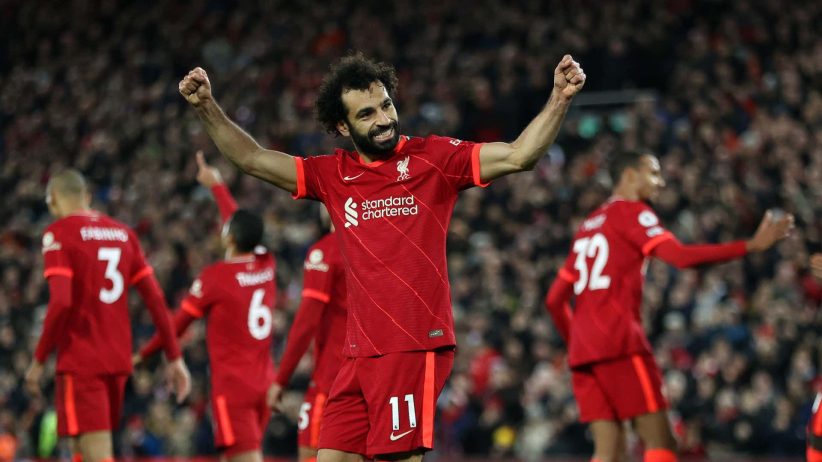 Mohamed Salah has equalled Roberto Firmino’s record for the most goals scored in the Champions League group stage for Liverpool.

The Egypt star scored the Reds’ second goal in their 2-0 win over Porto on Wednesday to take his tally to six goals after five matches in this campaign.

Prior to Wednesday’s outing, Firmino was the only player to score six goals for Liverpool in a single group stage (in 2017-18).

After a goalless first-half at Anfield, Thiago Alcantara broke the deadlock for the hosts in the 52nd minute and Salah doubled their lead 18 minutes later, couresty of an assist from Jordan Henderson.

Jurgen Klopp’s men are yet to drop a point in the competition this season and they sit at the top of Group B with 15 points from five matches.

Salah was in action for 71 minutes before he was replaced by Fabinho while Mane also came off at the same time without increasing his tally of two goals in the competition. Mane thought he had scored the opener in the first half but VAR ruled the goal out for offside by the slightest of margins.

Nigeria defender Zaidu Sanusi was the other African star who was at Anfield on Wednesday but his contributions were not enough for the Portuguese visitors to avoid defeat.

This season, Salah has scored 17 goals in 17 games across all competitions for the Reds and he will be focused on helping them secure maximum points against Southampton in a Premier League fixture on Saturday, before their final Champions League group match against AC Milan on December 7.