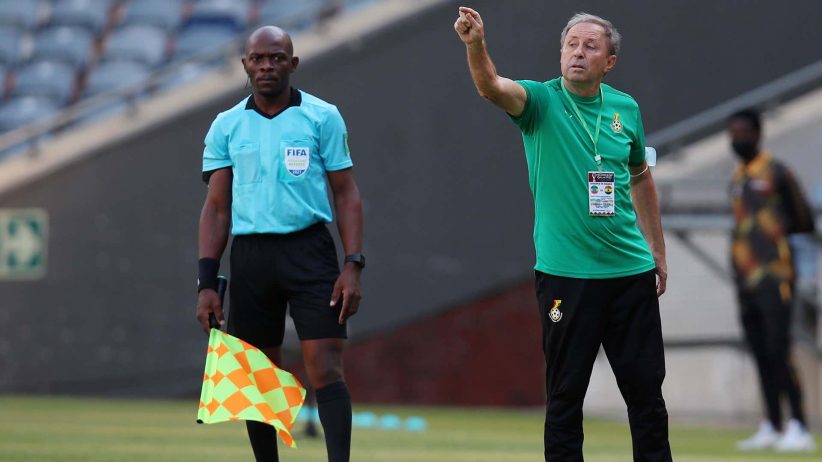 Former Ghana defender John Paintsil believes his concerns about Milovan Rajevac’s appointment as Ghana coach were not misplaced despite the Serbian’s promising start to life with the Black Stars.


After a first spell between 2008 and 2010, Rajevac was handed a new opportunity as Ghana coach in September, taking over from CK Akonnor following the Black Stars’ uninspiring start to the 2022 World Cup qualifiers.


It has been a good time for the 67-year-old so far, having steered the West Africans to reach the third and final round of the qualifiers, beating the likes of South Africa and Zimbabwe in the process.

Paintsil, though, insists his concerns were not unfounded.

“What I said wasn’t that he could not make it; I was saying he got the appointment at a late hour and at the wrong time when the team was struggling,” Paintsil told GOAL.

“Milo is disciplined and can make decisions and when he makes decisions, no one can stop it. Looking at the materials available, we saw the players that went to South Africa with CK Akonnor.

“So for me, I was thinking we don’t have [good] materials now because before a coach takes a job, he might have sent his CV and started scouting his players.

“In these matches, he won, we could see new faces, different players, even the goalkeeper was new. So when I said it was a wrong call, I was right to say that based on what I saw.”

Rajevac’s Ghana side are one of 10 teams to have qualified for the third and final round of the series.

The Black Stars are looking for their fourth qualification to a World Cup after appearances in 2006, 2010 and 2014.

“He [Rajevac] has coached me before. The way he’s going, he will make it,” Paintsil, who played under Rajevac at the 2010 World Cup, added.

“In the matches, I saw his handwriting, that the players were able to do as he wanted because when we were playing under him, we were doing the same.

“He’s a coach whose team cannot concede more than two goals; it will be difficult.”

In Rajevac’s first spell, he guided Ghana to the quarter-finals of the 2010 World Cup.