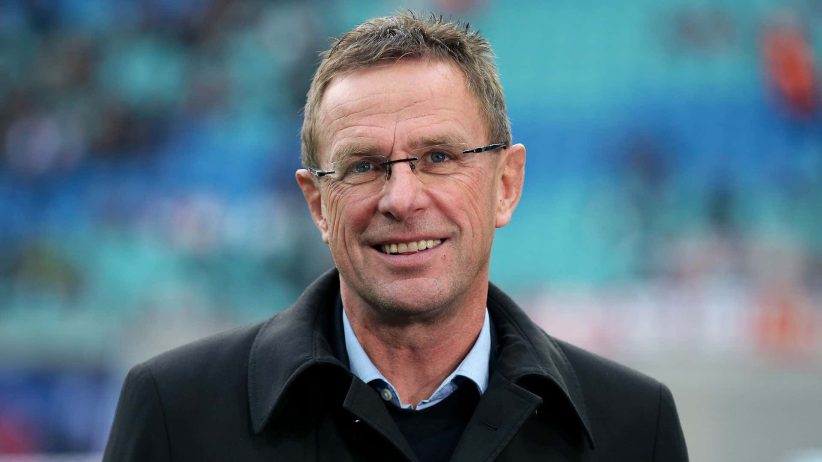 ‘African social media has been abuzz with reactions following the news that Ralf Rangnick has been appointed interim manager for Manchester United.

The German, who is currently the head of sports and development at Lokomotiv Moscow, has quite an impressive reputation in the sport.

Rangnick will lead the Red Devils until the end of the season, before a permanent manager will be appointed in the summer.

African supporters aren’t entirely behind the new man as he steps close to taking the reins from Michael Carrick, but there’s also some excitement that he can help United pick up after Ole Gunnar Solskjaer’s troubled tenure.

Kolade Daniel runs through the best and the worst of the African reaction to the new man’s arrival at Old Trafford.

The reaction so far

Of late, Manchester United fans have not exactly had a lot to be positive about. However, Rangnick’s supposed imminent arrival is one piece of news that has seemingly brightened up the atmosphere at the club.

For a man who is credited as the ‘godfather of gegenpressing’, it is easy to see why there are a lot of positive expectations for his appointment.

Rangnick commands much respect in German football and even Thomas Tuchel learned under his tutelage.

@UTDTrey posted: “Rangnick is Tuchel’s Dad,” in reference to how the Chelsea boss has learned his trade from the ex-Hoffenheim head coach.

It’s all smiles at the moment but there’s a lot of work to be done, reckons another fan.

@Nigerianscamsss posted: ‘Lmao this club needs a good month of training with Ralf Rangnick. No matches, just 3 a day training sessions for a month.’

Another fan expressed his approval for the club’s decision to appoint Rangnick.

@iambolar posted: “Man Utd had the opportunity to hire a proper coach (Rangnick) and endured unnecessarily with Solskjaer. They really mixed business with pleasure. Hopefully this is the start of something special at the club. This is one appointment I am very pleased with.’

Manchester United lacked a definite style under Solskjaer and could definitely change for the better under new management.

It’s a point that @ElijahKyama makes well: “Ralf Rangnick on what is the job of a football head coach or manager. Have a clear idea of how your team should play.✅ Transform this football idea into the heads of the players. ✅ Ole Gunnar Solskjaer’s Manchester United lacked a clear style.’

Often vilified under Solskjaer, things may change for the better for one United player according to @_nseobong

“I actually think Fred will be part of Rangnick CORE,” they wrote on Twitter.

United might now become fun to watch and one fan explained why.

How much success will Rangnick see in his short stay at Manchester United?