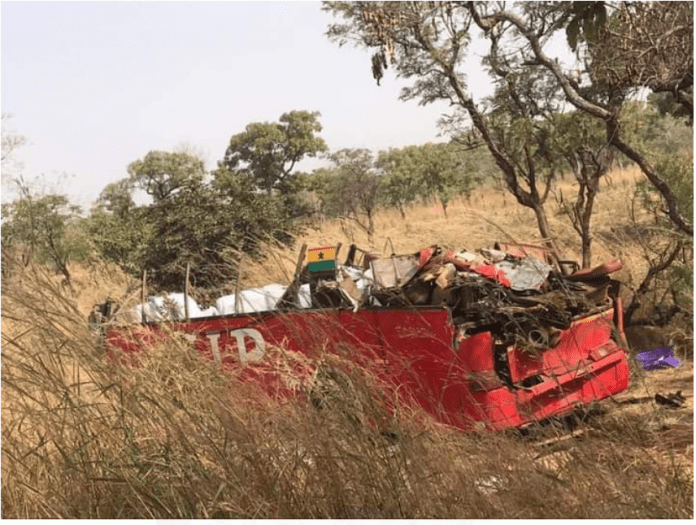 Police in Sawla in the Sawla-Tuna-Kalba District have confirmed nine persons on board a VIP Bus with registration number GT 5693-16 have died in an accident.

Nine others onboard the bus sustained various degrees of injuries.

The VIP bus on which they were traveling is said to be heading towards Wa from Accra and was involved in a fatal accident between Gindabor and Kulmasa in the Sawla-Tuna-Kalba District of the Savannah Region.

According to police the bus driver may have veered off the road in a bid to dodge some pot holes due to the bad nature of the road.

The dead and injured have all been transported to the Wa government hospital.

India defence boss, wife and 11 others killed in helicopter crash