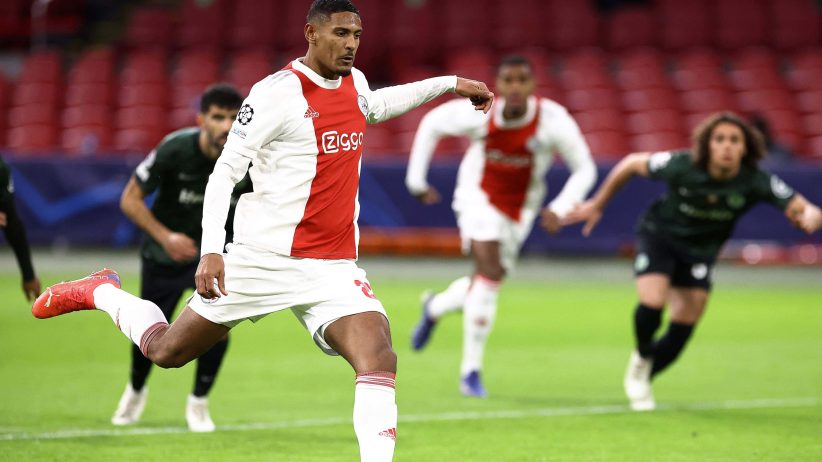 Sebastien Haller’s goal for Ajax against Sporting Lisbon in the Champions League on Tuesday means that the Cote d’Ivoire international has equalled a club record that had stood for 41 years.

In finding the net against the Portuguese giants in the 4-2 home triumph, Haller became only the second player in the club’s history to have scored at least 10 goals in a single season of the Champions League/European Cup.

According to Opta, the first and only player to do this was Soren Lerby, who achieved the feat in 1980 when he scored the Dutch team’s only goal against Nottingham Forest on April 23, 1980, in a semi-final second leg encounter staged at the Olympisch Stadion, Amsterdam.

The 27-year-old could break this record should he find the net in the knockout phase of the 2021-22 European tournament.

Another record that tumbled for the African star saw him reach the 10 goal Champions League goals mark in fewer appearances than any other player in the championship’s history (six appearances).

Also, the former West Ham United star joined Manchester United star Cristiano Ronaldo as the second player in the tournament’s history to score in all six matches of a single group stage.

The Portuguese football icon achieved his feat during the 2017-18 campaign during his time at Real Madrid – the same season he inspired Los Blancos to a 13th European title.

Haller was on parade from start to finish while Morocco’s Noussair Mazraoui – who was named in the starting XI was subbed off for Jurrien Timber in the 77th minute. For goalkeeper Andre Onana, he was an unused substitute at the Johan Cruyff Arena.

Prior to the match against Sporting, manager Erik ten Hag disclosed that his men are keen to become the first Dutch team to win all their group stage matches in the Champions League.

“We are aware that it could be a historic evening. So, we want to make that happen,” Ten Hag told the media.

“It’s something fantastic to achieve, but it doesn’t mean you won anything yet. Still, we are ambitious, so we’re going for every record we can.”

Champions League last 16: What results do Barcelona need to qualify?