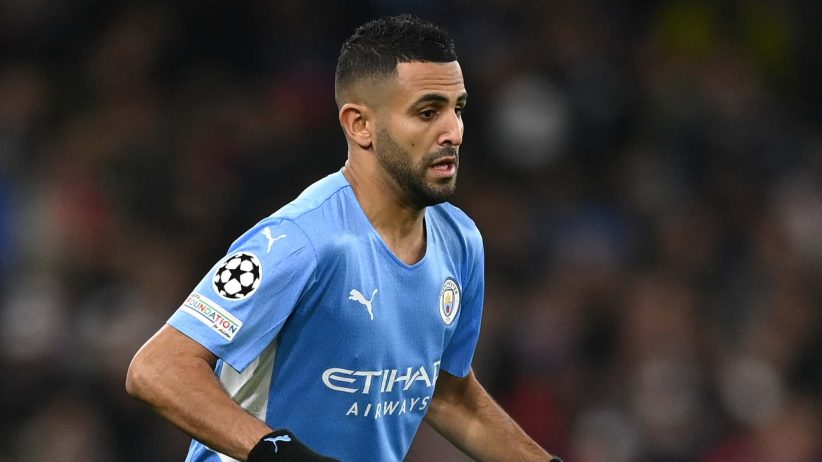 Riyad Mahrez was on song as Manchester City lost 2-1 to Bundesliga side RB Leipzig in Tuesday’s Champions League showdown.

Although the Citizens had already qualified for the next round of the tournament, they travelled to the RB Arena, Leipzig with the ambition of ending their group stage campaign on a high note.

For the German top-flight side, they needed a win to earn a berth in the Uefa Europa League having missed out on qualifying for the Round of 16 despite hammering Club Brugge 5-0 last time out.

As it proved to be an eventful evening for Achim Beierlorzer’s men, they took the lead in the 24th minute when Dominik Szoboszlai, who raced through on goal, rounded goalkeeper Zack Steffen and rolled into an empty net, with Konrad Laimer providing the assist.

Fuelled by that early setback, Pep Guardiola’s men bounced back and almost restored parity soon after but goalkeeper Peter Gulacsi was well-positioned to save Kevin De Bruyne’s dipping free-kick.

Despite the Citizens asking the questions, it was Leipzig who doubled their advantage in the 71st minute. Emil Forsberg capitalised on some lax passing from John Stones before squaring to Andre Silva who rifled home from close range.

Not willing to go down without a fight, the visitors pulled one back through Mahrez, who ghosted in at the back post to steer a header past Gulacsi five minutes later.

With that, each of the Algeria international’s last two goals in the Champions League have been headers, after none of his first 13 in the competition were scored with his head.

Indeed, the former Leicester City midfielder also has netted nine goals in his last 10 appearances in the competition.

City’s hopes of avoiding defeat faded into thin air as Kyle Walker was given his marching orders eight minutes from full time for his moment of madness.

Mahrez was in action from start to finish, albeit, could not stop Guardiola’s team from losing their second game in Group A.