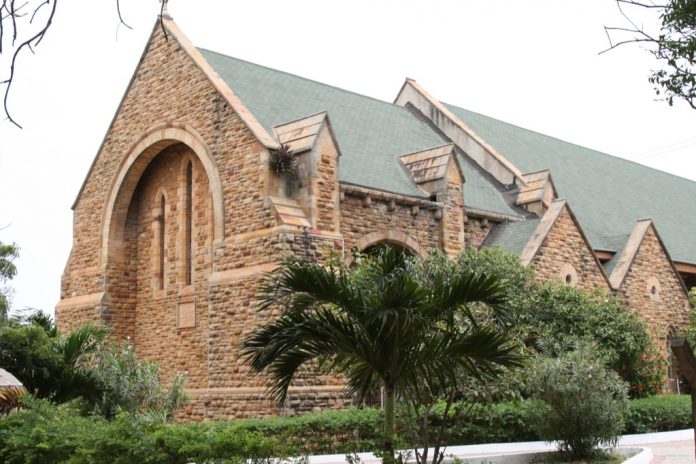 As a way of ensuring sanity churches must be registered at the Registrar-General’s Department (RGD) to ensure proper regulation, Member of Parliament for Ningo Prampram, Samuel Nartey George has said.

He added that the mandate of regulating the churches should be placed with the umbrella bodies such as the Ghana Pentecostal and Charismatic Council (GPCC), the Christian Council of Ghana (CCG) and the National Association of Charismatic and Christian Churches (NACCC).

Giving his perspectives on the directive given by the Police against the publication of negative prophecies, Sam George said in a tweet that “As a way of bringing sanity, we can start by ensuring all churches are properly registered with the Registrar-General.

“As part of their regularization process would be evidence of membership of one of the recognized Christian organizations like GPCC, NACCC, CCG etc. Let us place the mandate of the regulation with the umbrella bodies and empower them to effect the sanctions in conjunction with the Ministry of Chieftaincy and Religious Affairs.

“As for those saying prophecies is bad yet you are checking your horoscopes and reading your palms or visiting that marabouts or fetish priest, you are as guilty as the Prophets you criticize.”

The Police had cautioned Religious leaders in Ghana to be measured in their utterances, particularly the way they communicate prophecies, ahead of New Year Eve’s services.

“It is also a crime for a person, by means of electronic communications service, to knowingly send a communication that is false or misleading and likely to prejudice the efficiency of life saving service or to endanger the safety of any person,” the statement signed by Superintendent Alexander Obeng, the Director of Public Affairs of the Ghana Police Service, added.

“A person found guilty under these laws could be liable to a term of imprisonment of up to five years.”

Friday’s services across the nation was the first since Inspector-General of Police Dr George Akuffo Dampare took office.

He had met religious leaders over prophecies deemed to cause fear and panic in the nation.

That meeting was precipitated by a fake gun attack on popular musician Shatt Wale, who had later indicated he took that action as a result of a prophecy by the Founder and Leader of New Life Kingdom Chapel, Bishop Stephen Kwesi Appiah, on an Accra-based radio station before the Monday, October 18 incident.

The man of God, popularly known as Jesus Ahuofe, was arrested and later granted a GH¢100,000 bail.

The police admitted that they are not against prophecies especially in a country where the centrality of God is in the live of many.

“There should be no apprehensions, therefore, about undertaking the various activities.

“We ask only that everyone keeps within the law and is mindful of the welfare of each other.”

Gov’t will work to bring economy back on track – Bawumia