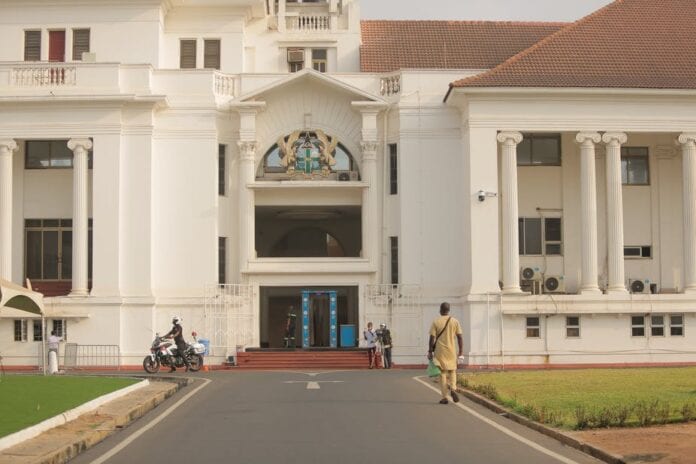 The Executive Secretary of the Importers and Exporters Association of Ghana (IEAG), Sampson Asaki Awingobit, has said he would sue the government over the reversal of the 50 percent benchmark on value on imports if the Ghana Revenue Authority (GRA) does not stop the move.

He told 3FM’s Napo Ali Fuseini in interview on Wednesday January 5 that the reversal smacks of illegality for which he is calling on the GRA to stop.

Asked soon he will be going to court, he said “I don’t think it is right anywhere in the world. For now we say they should suspend it, if they don’t, we will take it up from there.”

The reversal affects 143 items under three categories prescribed by the Ghana Revenue Authority.

The benchmark value, which is the amount taxable on imports, was reduced by 50 percent for some goods. The government had hoped that this was going scale up he volume of transactions of make Ghana’s ports competitive.

The government decided to reverse this decision after it met opposition from Association of Ghana Industries and the Ghana Union of Traders Association (GUTA).

This was rejected by IEAG.

The IEAG said this decision would be detrimental to the business community if it is not stopped immediately.

According to the IEAG, it would also lead to many businesses losing their cargoes since importers would have to pay more outside their budgets even at this crucial time at the beginning of a new year.

A statement signed by their Executive Secretary Sampson Asaki Awingobit said on Tuesday January 4 that ” the position taken by government and by extension the Ghana Revenue Authority GRA on this matter would be detrimental to the business community if it is not reversed immediately.

“It would lead to many businesses losing their cargoes since importers would have to pay more outside their budgets even at this crucial time at the beginning of a new year. In the very likely event that such importers are not able to raise the additional funds to clear their goods on time, issues of uncleared cargo lists UCL would pop up and huge loses to demurrage would set in.

“Therefore, the IEAG is calling on the government and for that matter the GRA to withdraw this directive with immediate effect. The IEAG demands that such importers be given at least 14 working days to clear their already cleared cargoes from the port without the new 50% benchmark values.”

Mr Awingobit further revealed that he would sue the the government if it doesn’t alt the reversal.