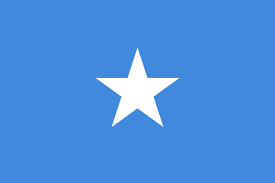 Somalia’s spy agency has ignored an order to hand over the security of the country’s main airport to the security ministry.

The agency has instead deployed more security to the Aden Adde International Airport in Mogadishu after the minister’s order, privately-owned Caasimada Online reports.

The security minister is an ally of Mr Roble, who, on 27 December, said the army and other security forces should take orders from his office and not the president’s.

Meanwhile, the spy agency’s acting commander,Yasin Abdullahi Mohamud, is an ally of the president and was appointed to the position despite opposition from the prime minister.

The website said that the security minister’s orders were also rejected by Western diplomats who live within the airport’s compound, amid concerns for the airport’s security if the especially-trained Nisa agents were removed.

Nigeria’s census due in May amid insecurity