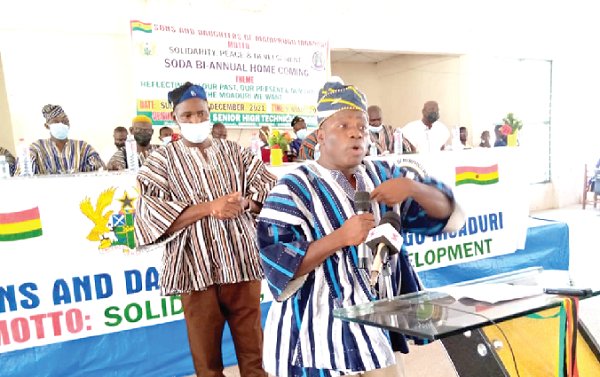 The North East Regional Security Council (REGSEC) has held a stakeholders’ forum at Yagaba in the Mamprugu/Moaduri district to find a lasting solution to the growing incidents of kidnap-for-ransom which have become a major security threat in the area, including the Northern and the Savannah regions.

Last year, about 20 cases of kidnapping were recorded in the three regions, with most of the cases happening in Mamprugu/Moaduri in North East and the eastern corridor stretch of the Northern Region.

The kidnappers usually take their victims, particularly wealthy Fulani herdsmen, hostage at gunpoint and demand ransom from their relatives.

The kidnappers, suspected to be herdsmen from neighbouring Burkina Faso and Niger, collect ransom ranging from GH¢80,000 to GH¢10,000 from their victims.

In some instances, the kidnappers demand cattle if their victims cannot pay in cash.

Some of the suspects arrested so far in the Northern and the Savannah regions are facing trial, while other cases are still being investigated.

However, any suspect is yet to be arrested in the North East Region.

At the forum in Nalerigu, opinions were divided on how to deal with the emerging security threat in the area.

While some stakeholders proposed dialogue and regular engagement with the local Fulani community, others demanded the high-handed approach of flushing out all herders from the area.

The North East Regional Police Commander, Deputy Commissioner of Police (DCOP) Mr Moses Ali, said the police were mapping out strategies to clamp down on the perpetrators.

He urged the people to assist the police by volunteering information that would lead to the arrest of the criminals.

The North East Regional Minister, Mr Yidana Zakaria, said the REGSEC was engaging the National Security apparatus to deal with the situation, adding that all Fulani settlers who had not regularised their stay would be flushed out from the area.

In the Northern Region, areas such as Saboba, Bimbila, Mion and Zabzugu have all experienced some cases of kidnapping, with six of the cases currently under investigation, while six suspects are in police custody.

In May 2021, three members of suspected kidnapping and robbery syndicate were arrested at their hideout in Tamale.

The suspects — Ussif Mohammed, 22; Sanda Mohammed, 23, and Mohammed Umar, 23 — were picked up from three separate hotels upon a tip-off.

The Tamale Magistrate Court, on November 19, 2021, remanded four suspects in prison custody to enable the police to conduct further investigations into the matter.

The Northern Regional Police Crime Officer, Superintendent Bernard Baba Ananga, in a recent interview, said the police had leads on the whereabouts of some of the suspects who were on the run and said they would soon be picked up.

On June 30, 2021, four persons believed to be of Fulani extraction were killed by some residents of Busunu, a farming community in the West Gonja municipality of the Savannah Region for allegedly kidnapping a four-year-old boy.

On June 14, 2021, another incident occurred at Daboya in the North Gonja District, where the Savannah Regional Police Command rescued two Fulanis who had allegedly been kidnapped by some unknown people.