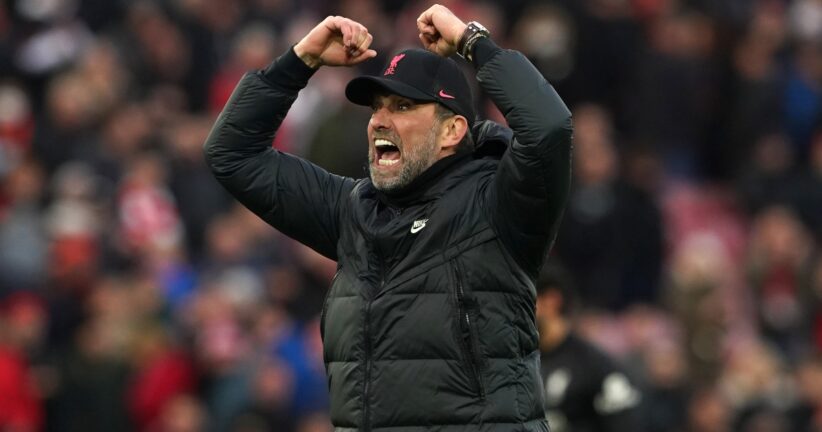 The Reds responded to recent criticism with a much-needed 3-0 victory over Brentford, with Fabinho, Oxlade-Chamberlain and Minamino all netting

For Liverpool, this was just what the doctor ordered.

The Premier League still has a title race, just. Twenty-four hours after Chelsea saw their hopes extinguished at the Etihad, the Reds kept theirs alive with a hard-fought, but much-needed, 3-0 victory over Brentford at Anfield.

After Thursday’s snorefest here against Arsenal, Jurgen Klopp knew a response was essential if he was to avoid another week of questions about Mohamed Salah, Sadio Mane and the strength or otherwise of Liverpool’s squad.

He got what he was looking for. Fabinho’s first-half header, his third goal in as many games, broke open the Brentford padlock, and after the break Alex Oxlade-Chamberlain and birthday boy Takumi Minamino added some spit and polish.

Suddenly, the doom and gloom is lifted, the Merseyside sky a little brighter than it looked 48 hours ago. Klopp was smiling and so were his players.

They might not catch Manchester City, but they’ll give it a right good go. Even without their Africa Cup of Nations stars, they can still score goals and win games. They’re still a team to be respected.

They took their time breaking down Brentford. Fabinho’s opener, nodded in at the far post from Trent Alexander-Arnold’s corner, arrived just a minute before half-time, and swept a wave of relief around the ground at a time when patience was beginning to run out.

When your main game-changers are missing, you need to find other ways to crack the case. Klopp had criticised the Reds’ set-pieces after the Arsenal game, so he will have been thrilled to see the breakthrough arrive in such fashion. It will have changed his half-time team-talk, no doubt, and allowed his side to play a lot more freely after the interval.

The second was a header, too, Oxlade-Chamberlain diving in to meet Andy Robertson’s perfect delivery in front of the Kop with 21 minutes remaining. It was the England midfielder’s first league goal in eight months, though he departed with an ankle injury soon after. Liverpool will hope it’s not a serious one.

His replacement, at least, got himself on the scoresheet. Minamino celebrated his 26th birthday on Sunday, and he got the ideal gift courtesy of Roberto Firmino, who robbed Christian Norgaard on the edge of his own box before feeding Minamino, who gleefully accepted the invitation to grab his sixth goal of the campaign.

There might have been more. Diogo Jota struck the post and had another effort well saved, Alexander-Arnold fizzed one just wide and Kaide Gordon, a late substitute, was denied a goal on his Premier League debut by Fernandez.

No bother. Klopp can celebrate his 350th game as Liverpool boss in the way he wanted, with three goals, three points and a first league victory for a month.

The trademark fist pumps were back at the final whistle, the German virtually bouncing down the tunnel with his players.

He knew how important this was. Liverpool still have a long way to travel, but they’re back on the road at least.

Pep Guardiola and Co. can’t quite relax yet.