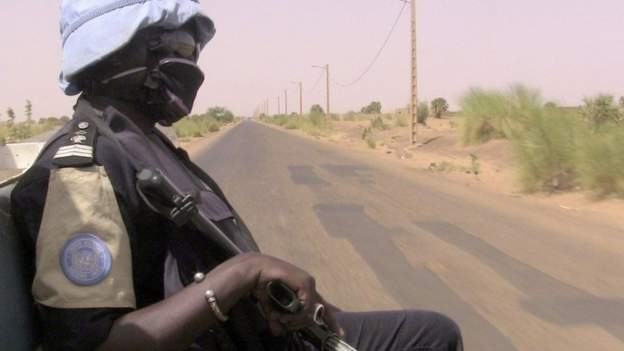 The UN peacekeeping mission in Mali has temporarily suspended flights.

This will affect the delivery of aid to the country whose neighbours have imposed sanctions and closed borders.

The peacekeeping mission has about 13,000 troops stationed in the country trying to contain an Islamist insurgency in the region.

The West African regional bloc Ecowas imposed tough sanctions on Mali after the interim government proposed a delay in elections.

The European Union has also said it will impose sanctions and the UN has said it is essential for the military authorities to present an acceptable election schedule.

The country’s military ousted the president in 2020 and had promised a transition and general elections in February.