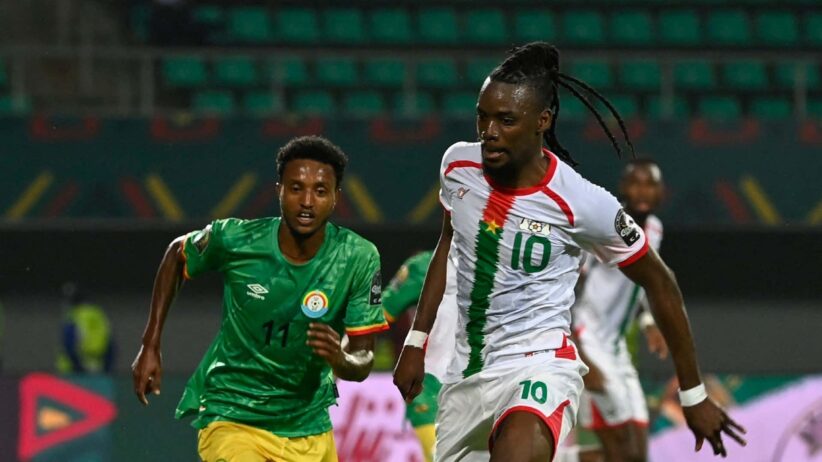 A 1-1 draw sees the Stallions qualify for the knockout stage, while Ethiopia’s first point isn’t enough to continue their participation

Ethiopia battled back from a goal down to grab a share of the points in their third and final Group A fixture at the Kouekong Stadium on Monday.

The result saw Burkina Faso secure a place in the Africa Cup of Nations knockout stage as group runners-up, while Ethiopia are going home despite picking up their first point of the tournament.

The Stallions took a first-half lead with Cyrille Bayala breaking the deadlock in the 24th minute.

The winger outstripped the Ethiopia defence for pace and latched onto a long ball from Adama Guira before lobbing Teklemariam Shanko.

That was as good as it got for the Burkinese and Ethiopia were level seven minutes into the second half after they were awarded a penalty for handball after a video review.

Kebede calmly arrowed the ball into the bottom corner to draw his side level.

Ethiopia will be going home with their heads held high after this performance. If it was not for Burkina Faso goalkeeper Farid Ouedraogo making two outstanding saves from Kebede then they would have had a win to sign off with.

The draw was enough for Burkina Faso to hold the second spot even though they are level on four points with Cape Verde.

However, the Walias picked up just a point from three matches which left them bottom of the group at the final standings.