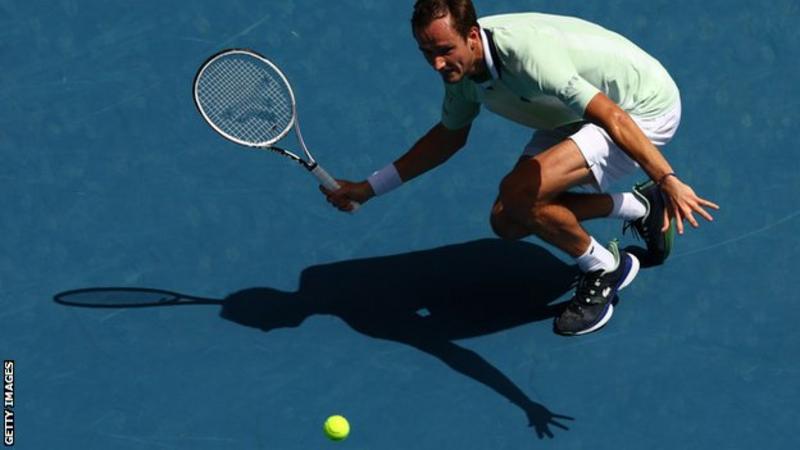 Daniil Medvedev moved into the Australian Open second round with a straight-set victory over Switzerland’s Henri Laaksonen.

Russian Medvedev was broken in the first game of the match but stormed through the opening set on his way to victory in just under two hours.

He will play Nick Kyrgios or British qualifier Liam Broady in round two.

Home favourite Kyrgios and Broady play in the night session from about 08:00 GMT on Tuesday.

Casper Ruud, the Norwegian eighth seed, pulled out with an ankle injury and has been replaced in the draw by lucky loser Roman Safiullin, who was beaten in qualifying by Broady.

Canada’s Felix Auger-Aliassime, the ninth seed, fought back from two sets to one down to triumph 6-4 0-6 3-6 6-3 6-4 against Finland’s Emil Ruusuvuori.

Australian Open: Heather Watson and Dan Evans though but Harriet Dart out in first round