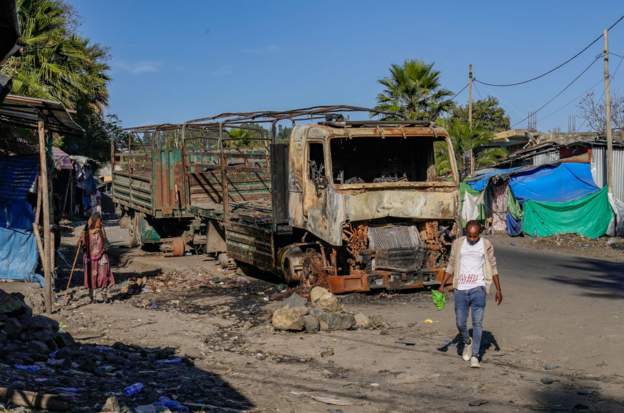 The UK’s Minister for Africa Vicky Ford has met Ethiopia’s Prime Minister Abiy Ahmed and called for an end to the conflict in the country.

In the last stop of her visit to eastern Africa, the minister urged the warring sides to engage with the African Union-led mediation and expressed support for a peace process.

She announced funding worth more than $12m (£9m) to support people affected by the war.

The UK minister said she welcomed the release of political prisoners in Ethiopia and the creation of the National Dialogue Commission.

Ms Ford said the UK was ready and willing to play a key role in the recovery from conflict.

Fourteen months of war have left millions in dire need of humanitarian support.