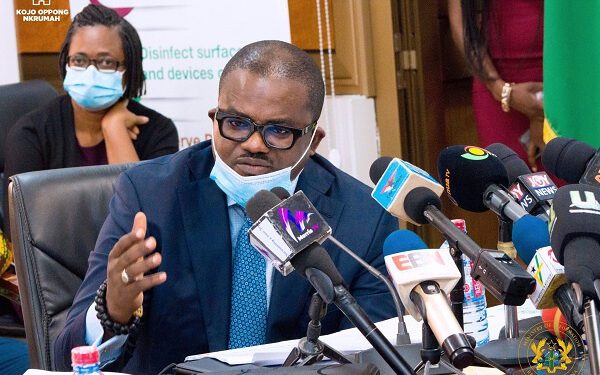 Minister of State at the Finance Ministry, Charles Adu Boahen, has given a breakdown of the value of Mobile Money transactions since 2016 till date.

“So Mobile Money in 2016, total value of transaction is about 20billion dollars which was about 79 billion cedis. In 2020, when we have the latest data it had skyrocketed to 99bn dollars.

“In fact, in 2020 the number was 99bn dollars. A thousand transactions per second. All government is asking for is a small share,” he said on the Good Evening Ghana show on Thursday January 20.

The Finance Minister Ken Ofori Atta, had said while answering a question at a press conference in Accra on Wednesday January 19 on what the government’s Plan B is for the economy and revenue generation, that the plan is for the government to remain focused and get the E-levy proposal through to ensure the domestic revenue mobilisation is strong.

He told the pressmen that there cannot be absolute agreement on government’s policies.

“There is no way we can have absolute agreement.

“We are going up by 40 per cent with regards to revenue mobilization and then expenditure is also going up by 25 per cent. We have always been very good about being able to to cut down on expenditure appropriately when we don’t meet our target.

“With this new dawn of GRA exceeding targets, we expect that to continue. With the new national ID system we are now 15.5 million people are going to be on their books.

“That is what gives me the excitement into the future because when I read the Fitch Report, you are doubting that we can make our revenues , I am confident that we can. They are worried that we cant come to the international market , we are saying its fine, we have our SDRs that will suffice for the first half and then we will figure out another method of getting the

“So plan B is to stay focused and ensure that we get our E-levy through , ensure that our domestic revenue mobilization is string and that be, we do not need to go the market.”

The E-levy proposal in the 2022 budget statement has sharply divided parliament. The opposition MPs have rejected the proposal.

The Minority Leader Haruna Iddrisu said the policy proposal is a disincentive to the growth of digital economy.

To that end, he said, the Minority would not support it.

Speaking at a post budget workshop in Ho on Saturday November 20, he said “Mr Speaker, understandably, we see that the Minister of Finance seeks to introduce some measures including the now popularly declared e-levy or digital levy as some have quite named it.

Finance Minister Ken Ofori-Atta announced this levy to be charged by government in 2022 on all electronic transactions to widen the tax net and rope in the informal sector.