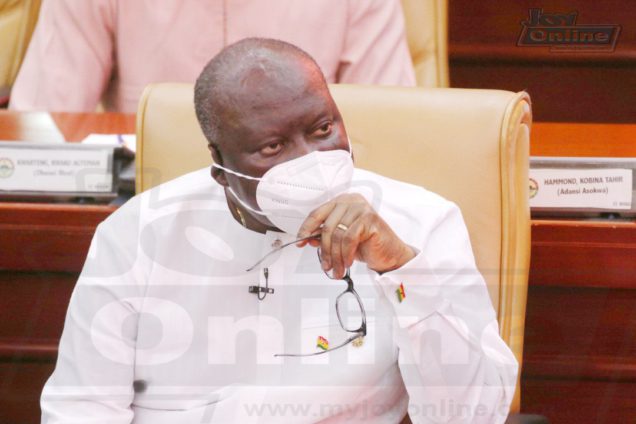 The President of IMANI Africa, Franklin Cudjoe says the government has failed to adequately explain why it refuses to back down from the 1.75% rate of the E-Levy.

According to him, all that the government has been trumpeting are promises of employment creation and accelerated development which he described as a scam.

Speaking on JoyNews’ PM Express, he stated that it would be beneficial to know why the government is hell bent on keeping the E-Levy at 1.75% instead of compromising to a much lower rate.

“The greater challenge is that they are not communicating effectively why they want to maintain the 1.75%. It’s just that it should be done and part of it will be used on employment and rations. Seriously?” he said.

Frankiln Cudjoe noted that the government’s claim of using proceeds from the E-Levy to create employment was a scam as these schemes were unsustainable and were unprofitable to the country’s economy.

Citing the likes of NABCO and GYEEDA, he noted that it would have been more rewarding for the government to have invested in creating a conducive environment for the development of the private sector against creating employment by itself.

He said, “I’ve always questioned the rationale for government to tax people, tax us and then create all these employment scams. I call them scams, from the days of GYEEDA and what have you. There’s a proliferation of these schemes as well.

“Government has no business in setting up or creating these jobs that they always say they’re trying to create. In any case, you’d have thought that the private sector would be incentivized enough to create the jobs.

“You tell me, what has been the value addition of NABCO to the economy apart from billowing a lot of money? And almost all these employment agencies have zero return on value to the economy.”

He called on government to thus forgo the portion of the e-Levy that was meant for employment creation.

“In any case, weren’t we told that the communication service tax was supposed to be used in creating employment? What has happened to that?” he said.

According to Franklin Cudjoe, it is worrying the lack of divergent thought on the e-Levy from within the folds of the New Patriotic Party.

“The government is being too strong headed and I fear that there seems to be nobody within the government, academics, technocrats and party foot soldiers who will stand up and say this is going to hurt us in the next election and it is clear that the sentiments are against the ruling government that they should back down from the standpoint of the percentage,” he concluded.

The e-Levy will be resubmitted before Parliament on January 25, when the House reconvenes.

‘This economy is on life support’ – John Jinapor