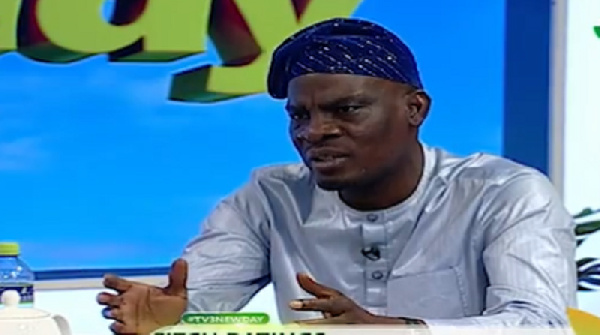 Government says E-levy to be resubmitted
Minority vow to resist the levy
Government undertaking consultations ahead of resubmission
Minority Leader Haruna Iddrisu has restated the opposition of the caucus he leads to the Electronic Transactions levy (E-levy).
He has, however, raised an issue he believes is added grounds for the Minority’s opposition to the levy, the return of a cash economy after years of
this government’s promotion of cash lite system.
The Tamale South MP said in a January 25, 2022 interview with TV3 that, to escape the E-levy, people will likely start carrying cash to transact
business with the attendant consequence of attacks by armed robbers.
“You don’t want to encourage an armed robbery economy again. Armed robbery economy is people will now move from cash lite to cash economy.
“I will carry my money from Kintampo to Accra to buy rice. Instead of sending the money by momo, so armed robbers will meet me on the road and
finish me and the money. That is what you are doing,” he said.
He chastised the government for spending the better part of its first term promoting a cash lite system amid its digital push, only to impose a levy that
threatens to reverse all the gains made.
“… the same government between 2017 and 2021 launched a cash lite economy and were boasting about it. What you are doing will minimize the
gains of the digital economy.
“The NDC Minority, the Minority that I lead, the Minority of 137 will simply not support the E-levy in its form, nature and character,” he concluded.
Background
On November 17, 2021, Finance Minister, Ken Ofori-Atta, announced the introduction of a 1.75% tax on all electronic transactions during the 2022
budget presentation before parliament.
According to him, this new directive forms part of strategies to widen the country’s tax net.
He added that the 1.75% tax is also to enhance financial inclusion and protect the vulnerable in the country.
The E-levy since its announcement by the Finance Minister has received public backlash from some Ghanaians especially Members of Parliament
from the Minority Caucus.
At a recent press conference, the Minister announced a number of modifications to the Bill and announced that the government continued to engage
stakeholders on the bill ahead of resubmission before MPs. Parliament resumes on January 25, 2022.

Corruption fight: Agyeman-Manu should not be in office – Manasseh