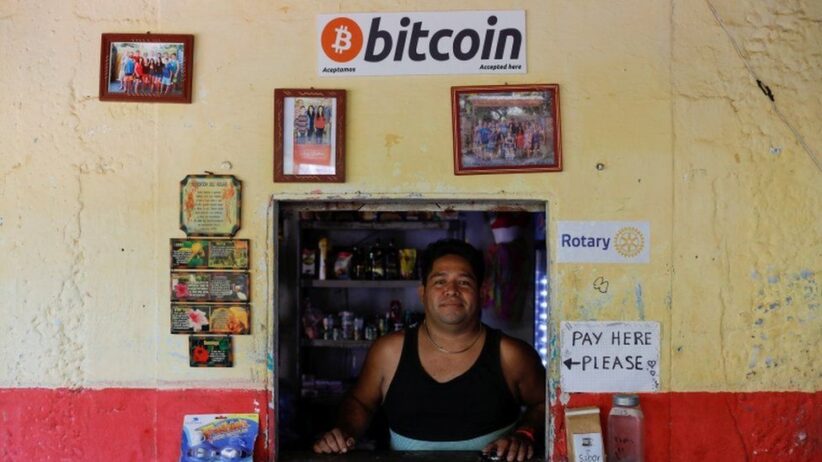 In September, El Salvador became the first country to allow consumers to use the cryptocurrency in all transactions, alongside the US dollar.

The decision led to large-scale protests over fears it would bring instability and inflation to the impoverished Latin American country.

Bitcoin has lost about half its value since November.

The IMF has warned President Nayib Bukele of the risks the cryptocurrency poses to the country, stressing that it would be difficult to get a loan from the institution.

The board’s directors have now “urged the authorities to narrow the scope of the Bitcoin law by removing Bitcoin’s legal tender status”, according to a statement.

They highlighted the “large risks associated with the use of Bitcoin on financial stability, financial integrity and consumer protection” and with issuing Bitcoin-backed bonds.

When El Salvador introduced the virtual currency as a legal tender, the government released a new digital wallet app, giving away $30 (£22) in Bitcoin to every citizen. More than 200 new cash machines were also installed across the country.

It presented the measure as a way to boost economic development and jobs, but El Salvador has been divided by the move.

It means that businesses, wherever possible, are now obliged to accept the digital coins as payment.

Bitcoin is a controversial currency in part because its value can fluctuate significantly – it has risen and fallen dramatically over the past year.

Bitcoin was trading at about $37,000 on Tuesday, having lost about half its value compared to the record of $67,734 hit in November.

President Bukele announced in November plans to build a Bitcoin city at the base of a volcano in El Salvador, with the cryptocurrency used to fund the project.

Two-thirds with Omicron say they have had Covid before