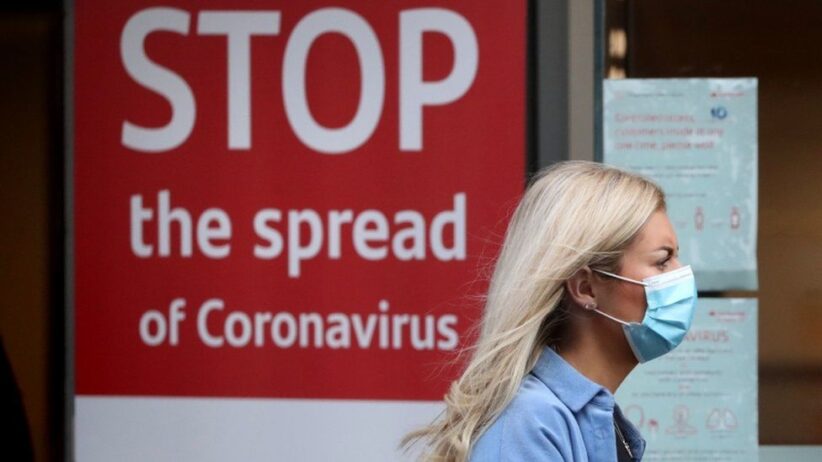 Two-thirds of people recently infected with the Omicron variant say they had already had Covid previously.

The findings come from a large, continuing study, React, swab-testing thousands of volunteers in England.

More work is needed to know how many are true reinfections – but the results reveal the groups that appear to be more likely to catch Covid again.

They include healthcare workers and households with children or lots of members under one roof.

More than two million people have been tested in the study.

The latest findings, for the first two weeks of 2022 – round 17 – are based on about 100,000 polymerase chain reaction (PCR) tests posted to volunteers and then returned.

About 4,000 were positive, by far the highest rate seen since the pandemic began.

And when a selection of them were sequenced to check what type of Covid was to blame, virtually all were Omicron – the highly infectious variant, first identified in South Africa, causing a big winter wave of infections in the UK.

It is not yet clear how many of the volunteers who tested positive had been fully vaccinated.

But booster doses have been rolled out at speed since Omicron hit, to top up people’s protection.

Two out of every three (65%) of the infected volunteers said they had already previously tested positive for Covid.

Many of these could have been reinfected.

Although, in some instances, the latest PCR tests might be picking up old traces of virus.

Other estimates have suggested one in every 10 Omicron case is a possible reinfection.

Currently, daily Covid case figures reported by the government – which reflect the number of infections picked up by people coming forward for testing – do not include reinfections for all countries of the UK.

But that will all change on 31 January, when anyone who has a second positive test – if it has occurred 90 days after the first one – will be added in to the official UK figures.

React programme director Prof Paul Elliott, from Imperial College London, said: “There is rapidly increasing prevalence among children now they are mixing more following the start of the school term and, compared with December, prevalence in older people, aged 65 plus, has increased… which may lead to increased hospitalisations.

“It’s therefore vital that we continue to monitor the situation closely.”

UK Health Security Agency chief executive Dr Jenny Harries said although vaccines may not stop every infection, they were doing a great job at protecting lives.

“Vaccination remains the best way to protect yourself from severe disease and hospitalisation from Omicron, and I would urge anyone who has not done so to come forward for their primary and booster doses as soon as possible,” she said.

“The impact the vaccination is having on preventing severe disease and hospitalisations is clear to see.

“To ensure we continue on the downward trend and protect our communities, it is still important for us all to follow public-health advice, particularly in crowded spaces and areas of poor ventilation.

“If you are visiting friends and family, make sure to take a test before going out.”

Health and Social Care Secretary Sajid Javid said: “It’s reassuring to see Covid-19 infections beginning to slow across the country, as we move back to Plan A.

“Rates are still high, so as we learn to live with the virus it is vital we continue to be vigilant – wash your hands, let in fresh air, get tested and, if you haven’t already, get boosted.”