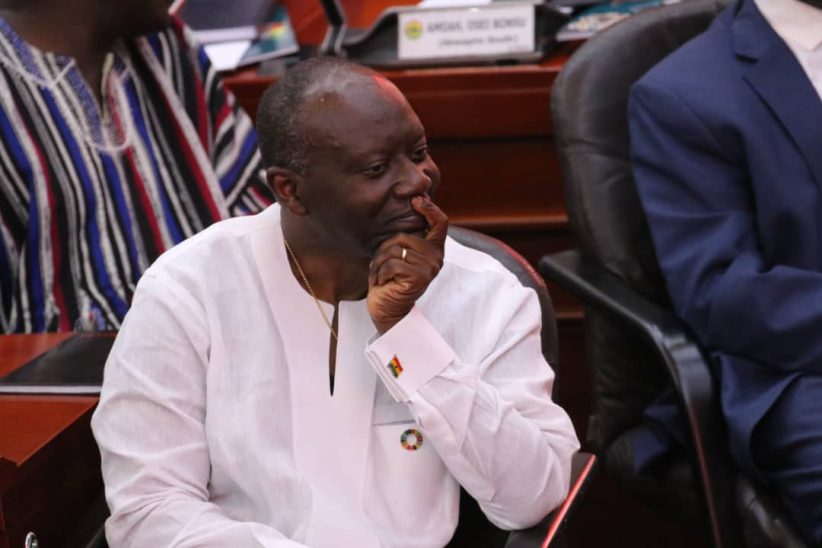 The Finance Minister, Ken Ofori-Atta, has asked Ghanaians to “convince” their MPs to pass the Electronic Transactions Levy (E-Levy) Bill and hold him accountable for all revenues and expenses.

The Minister reiterated that the time had come for the citizenry to “burden share” in the country’s development with the government by paying that tax.

He said the e-levy would help increase revenue as the country moved into an e-commerce economy and invested in debt sustainability, infrastructure development and youth entrepreneurship.

Mr Ofori-Atta said this at the closing ceremony of the 73rd University of Ghana Annual New Year School and Conference in Accra on Wednesday.

“What I was expecting was for Parliament to say, we’re going to get 6.9 billion from this new tax revenue measure. So how then do you [Finance Minister] report to me [Parliament] on a quarterly basis on the uses of the fund and its application so that we move on,” he said.

Mr Ofori-Atta’s call on the citizenry to ask their MPs to pass the e-levy comes when the government has started town hall meetings to explain and get feedback on the Bill.

Mr Haruna Iddrisu, the Minority Leader, has asked the Finance Committee of Parliament to also engage in consultations beyond what the government was doing, following a petition to Parliament by the Mobile Money Agents Association over the same issue.

Touching on the concerns by some people that the 1.75 per cent was high, Mr Ofori-Atta, explained that the government had engaged telecommunication operators to accept a 0.25 per cent absorption to cushion Ghanaians.

“…You go to the issue of 1.75 per cent e-levy, and people will say that’s too high even though we exempted transfers of less than a ¢100.

“The arguments were coming ‘fast and furious’, and we had to listen and reassess that in terms of the impact of the 1.75 per cent. We were able to come down by 0.25 per cent [by the telcos], which means that the impact will go down for the average Ghanaian,” he said.

He added, “We will still be able to retain revenues needed for these three critical areas of debt sustainability, infrastructure build-up and ensuring that our YouStart programme becomes a standard in our socio-economic development.”

At the end of the Annual New Year School, it was recommended that government introduce innovative ways of mobilising domestic revenue and cut down on “unnecessary expenditure and wastage in the public sector.”

E-levy is less than 2%; UK pays 10% and we go there and seek loans from them – Ursula Owusu-Ekuful

Government will be transparent with accountability on E-levy – Afenyo-Markin