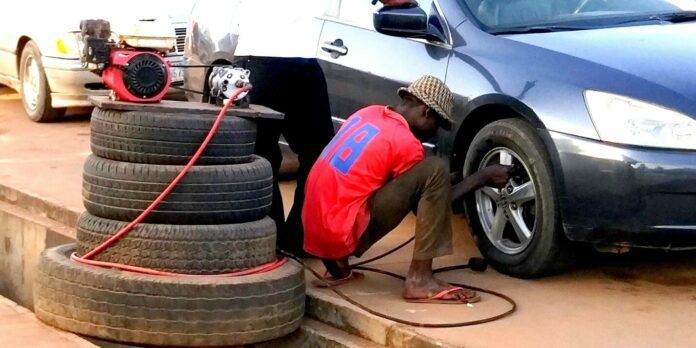 The Chief Executive (MCE) for Korley Klottey Municipal Assembly, Adjei Tawiah, has indicated that the Assembly is poised to ensure a smooth take-off of the Operation Clean Your Frontage initiative from Tuesday, February 1.

The Assembly, according to him, has conducted enough public education and sensitization exercises in making the programme a success.

The Operation Clean Your Frontage initiative is spearheaded by the Greater Accra Region Minister, Henry Quartey.

It is a move by the Regional Coordinating Council (RCC) to help make Accra the cleanest city as promised by President Nana Addo Dankwa Akufo-Addo.

Mr. Adjei Tawiah, who was speaking to Onua TV ahead of the rollout of the initiative, reiterated the call on traders and motorists operating along the streets and pavements of Kwame Nkrumah Circle to evacuate before Tuesday.

He has vowed to lead the Assembly’s task force to supervise the decongestion exercise and to ensure that seized woodworks are destroyed.

The MCE has also indicated that the assembly has plans to impound abandoned vehicles parked along the principal streets.

He has thus cautioned fitting shops and individuals to voluntarily remove abandoned vehicles along the streets or face the full rigours of the law.

“We have done a lot of sensitization in that regard and we are going to move all abandoned vehicles from off the streets,” he said.

“So I am warning those who have turned the streets into a fitting shop to move their vehicles before Tuesday or have them confiscated,” he added.

Mr. Adjei Tawiah explained that the assembly has put in place punitive measures to deal with obstinate residents who would oppose their work.

However, the MCE has entreated all and sundry to be supportive of the Operation Clean Your Frontage initiative to make Accra the cleanest city in Africa.

Test of resilience in this crisis is not to go to IMF after exit, manage it by yourself – Terkper to gov’t