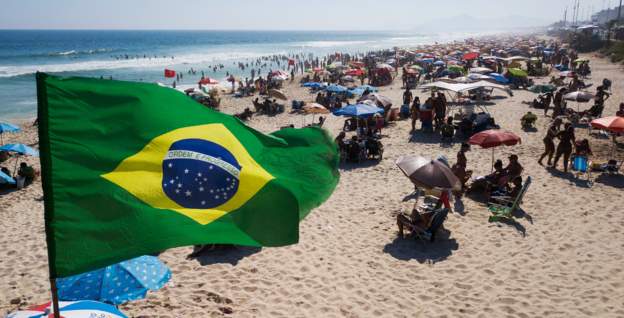 Brazilian police have arrested three men in connection with the brutal killing of a Congolese migrant in the Brazilian city of Rio de Janeiro.

The killing was captured on video and caused public outrage.

Relatives said Moise Kabagambe was attacked after asking his boss to pay wages owed for two days work at a beach kiosk.

The footage showed him being repeatedly hit by three men with clubs and a baseball bat.

The mayor of Rio, Eduardo Paes, called the killing “unacceptable and revolting”.

Mr Kabagambe’s mother said the family had managed to flee brutal violence in their native Democratic Republic of Congo – but her son had ended up being equally treated in Brazil.