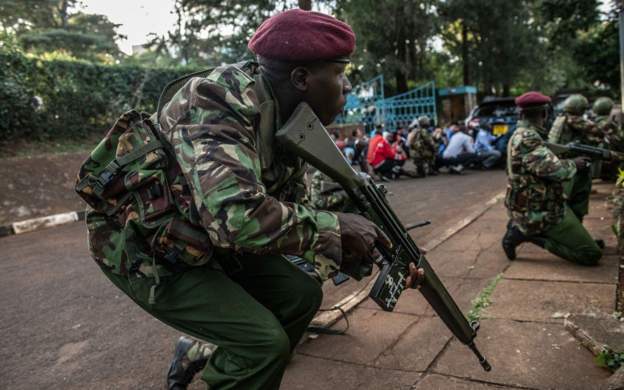 Kenya remains on high alert following a series of terror attacks that have killed at least 15 people over the past weeks.

It comes after the US, UK and France warned their nationals of an impending attack in Kenya citing credible intelligence.

All the recent attacks have been blamed on al-Shabab militant group, which has continued to carry out strikes on Kenyan soil particularly aimed at security forces.

In the latest incident, four people were killed on Tuesday in the north-eastern region of Wajir, when their vehicle hit an improvised explosive device.

On Monday, 10 other people lost their lives after a minibus hit a roadside bomb in Mandera near the border with Somalia.

Security has been beefed up across the country in areas considered to be terror attack hotspots in the north-eastern region and at the coast.

Kenya has been targeted numerous times by al-Qaeda-linked al-Shabab group.

The last major incident by the group in Kenya was at the luxury Dusit hotel complex that killed over 20 people in 2019,

However al-Shabab fighters have continued to carry out smaller attacks against civilians and security forces in towns along the long porous border with Somalia.