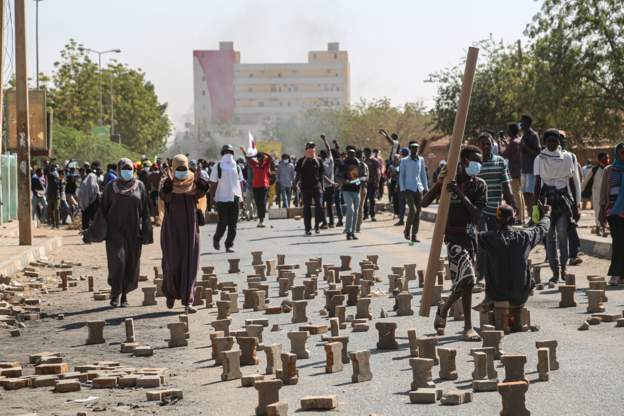 The ongoing closure of the highway connecting Sudan to Egypt by the Sudanese resistance committees of the north has entered its ninth day.

Sudanese protesters in the northern state have erected several barricades along the road connecting the two countries and have disrupted the movement of Egyptian-owned vehicles returning to Egypt with Sudanese livestock or goods.

Protesters, who are mostly farmers, closed the road initially because the government raised the cost of electricity and forced the government to make a U-turn.

The protest eventually morphed into a wider rejection of the coup and opposition to the military and its regional allies, which include Egypt.

Videos shared on social media show long columns of Egyptian trucks stranded on the desert road between Khartoum and Ergeen on the border.

The man showed 18 trucks loaded with cattle stranded on the Sudanese side of the border by what he called “mercenaries”.

Another video shows a long line of parked Egyptian trucks.

Many of the pro-democracy activists in the state are opposed to the exportation of live cattle and other Sudanese agricultural goods, which they claim benefits the military and its companies.