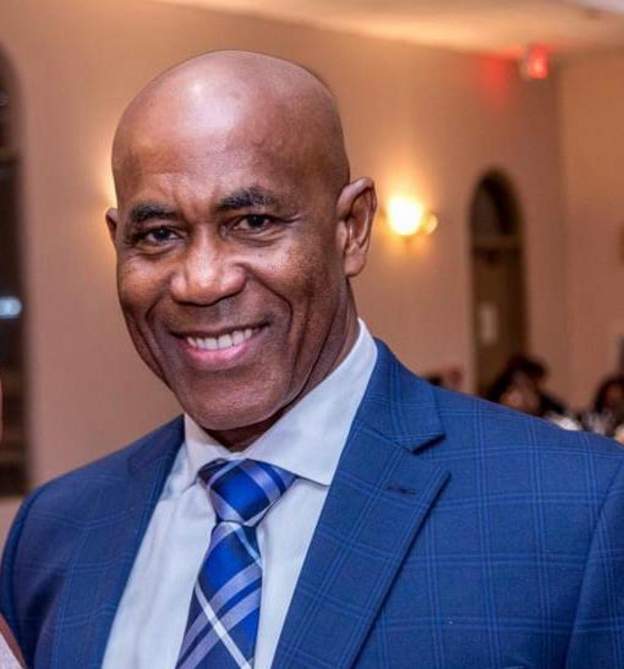 A biographer of Liberia’s President George Weah, who had unsuccessfully attempted to leave the country last week amid controversy over the book, is now in the US.

Isaac Vah Tukpah flew out of the country after the president said he was a free man to stay or live in the country.

The co-author, who holds both Liberian and US passports, says he is now uncertain about returning home soon because of “family fears”.

The controversy followed the publishing of the unauthorised biography, which includes some “indecent” descriptions about the first lady.

The book, George Weah: The Dream, The Legend, The Rise to Power, published last month quotes the president as speaking about the sexual habits of his wife.

Mr Tukpah has rejected public condemnation of the publication, insisting the person to blame for the controversy is “obviously, the president who said those things to confidantes and is known to say even worse things about women he was intimate with”.

He told the BBC that he and his co-writer had tried in vain to reach President Weah for his authorisation before the book was published.

The author, who is a former ally of the Liberian president, however said that he felt sorry for the use of some sexually graphic expressions attributed to the president.

He urged people to read the biography and “I am sure after reading it, they will find that the president was actually praising his wife”.

There is still widespread condemnation of the book, which is reportedly selling fast on Amazon since the start of the controversy.

The Liberia Council of Churches is among the latest to condemn it and has asked the authors to apologise to the first lady.

The information ministry says the book contains “obscene and defaming materials against the first family” and has expressed possibility of legal action against Mr Tukpah.