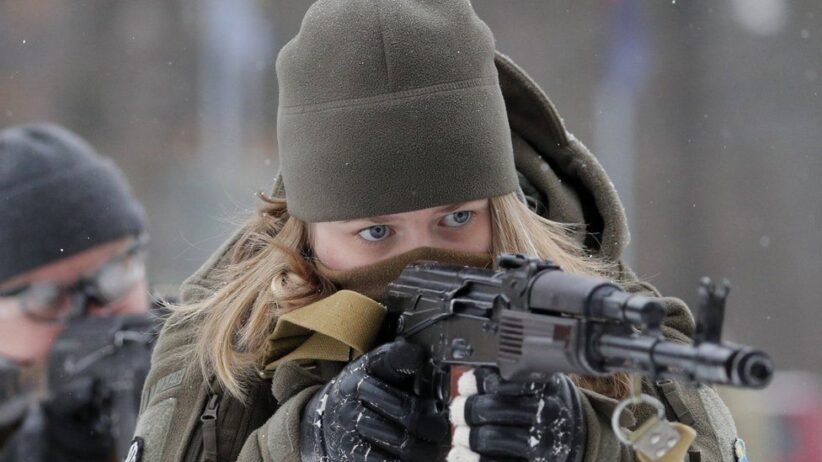 French President Emmanuel Macron has said he thinks a deal to avoid full scale war in Ukraine is possible and that it is legitimate for Russia to raise its own security concerns.

Before talks in Moscow with Russian President Vladimir Putin on Monday, he called for a “new balance” to protect European states and appease Russia.

He restated that the sovereignty of Ukraine was not up for discussion.

Russia has massed troops on Ukraine’s border but denies planning to invade.

Moscow has made a string of demands, including that the Nato defence alliance rule out Ukraine becoming a member, and that it reduce its military presence in eastern Europe.

Western countries have rejected this, instead suggesting other areas of negotiation, for example talks on cutting back nuclear weaponry.

Mr Macron told the Journal du Dimanche newspaper that Russia’s objective was “not Ukraine, but a clarification of the rules… with Nato and the EU”.

He said he hoped his dialogue with the Russian president would be enough to prevent military conflict, and that he believed Mr Putin would be open to discussing wider issues.

Mr Macron, who also spoke with US President Joe Biden on Sunday, cautioned against expecting Moscow to take unilateral measures to de-escalate the situation and said Russia had the right to raise its own concerns.

But he said setting up dialogue with Russia could not “pass through the weakening of any European state”.

“We must protect our European brothers by proposing a new balance capable of preserving their sovereignty and peace,” he said.

“This must be done while respecting Russia and understanding the contemporary traumas of this great people and great nation.”

The trip to Moscow and then to Ukraine’s capital Kyiv the following day is being co-ordinated with German and American allies.

Mr Macron’s appearance in the international spotlight also comes ahead of France’s presidential election in April.

The French president has called for a renewed relationship with Russia before, and in January he said the EU should open its own dialogue with Moscow, rather than rely on Washington.

Meanwhile, the US government has again warned that Russia could invade Ukraine at any time.

“We are in the window. Any day now, Russia could take military action against Ukraine, or it could be a couple of weeks from now,” White House national security adviser Jake Sullivan told Fox News on Sunday.

Two US officials earlier told Reuters that Russia had assembled about 70% of the necessary military capability needed for a full-scale invasion of Ukraine.

However, Ukrainian Foreign Minister Dmytro Kuleba appeared to play down the threat of an imminent invasion, tweeting on Sunday: “Do not believe the apocalyptic predictions. Different capitals have different scenarios, but Ukraine is ready for any development.”

The tensions between Russia, Ukraine and the West come nearly eight years after Russia annexed Ukraine’s southern Crimea peninsula and backed a bloody rebellion in the eastern Donbas region.

Moscow accuses the Ukrainian government of failing to implement the Minsk agreement – an international deal to restore peace to the east, where Russian-backed rebels control swathes of territory and at least 14,000 people have been killed since 2014.