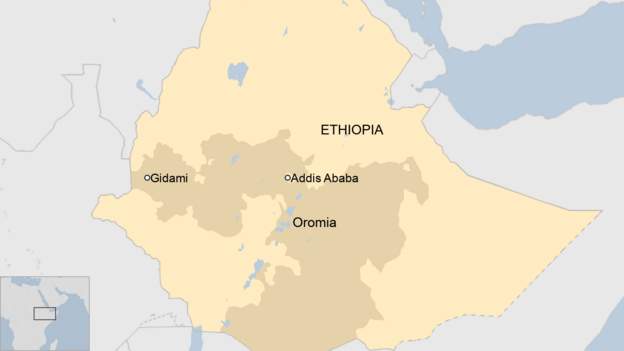 Authorities in Ethiopia’s Oromia region have accused a rebel group of killing more than 160 civilians and burying 87 bodies in a mass grave.

The Oromo Liberation Army (OLA), often accused by the government of being behind the killings of ethnic minorities living in the region, has not responded to the latest accusations.

It had previously denied attacking civilians.

The killings occurred in Gidami district after government forces pushed the rebel group out of areas it had controlled, according to Ibsa Basha, a local administrator in western Oromia,

The OLA, which formed an alliance last year with Tigrayan forces in its fight against Prime Minister Abiy Ahmed’s administration, operates in western and southern Oromia where there have been recent clashes with government forces.

The government’s offensive against the group has reportedly included drones.

Reports of the alleged killings have sparked public outrage online.