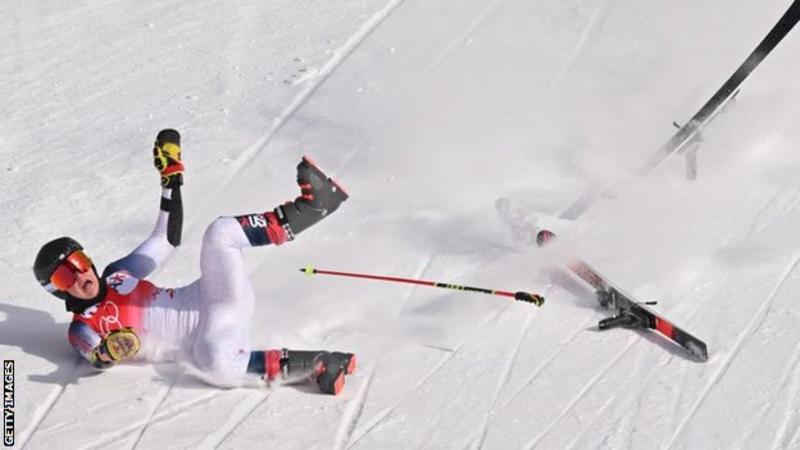 American skier Nina O’Brien is out of the Winter Olympics after it was revealed she broke her left leg in a heavy crash in Monday’s giant slalom.

The 24-year-old was in sixth place after her first run, but clipped the penultimate gate on her second and was taken off the course on a stretcher.

“Nina sustained a compound fracture of her left tibia and fibula,” said a US team spokesperson.

O’Brien has been replaced by team-mate AJ Hurt for Wednesday’s slalom race.

“Well, I gave everything I had, and maybe too much,” O’Brien said on Instagram.

“I keep replaying it in my head, wishing I’d skied those last few gates differently. But here we are.

“I had surgery last night to stabilise my tibia, which unfortunately was an open fracture through my leg. I’ll get the rest fixed at home, but for now I’m in great hands.

“I want to say thank you to everyone who’s taken care of me, especially those who rushed to me in the finish and my doctors and nurses in Yanqing.”