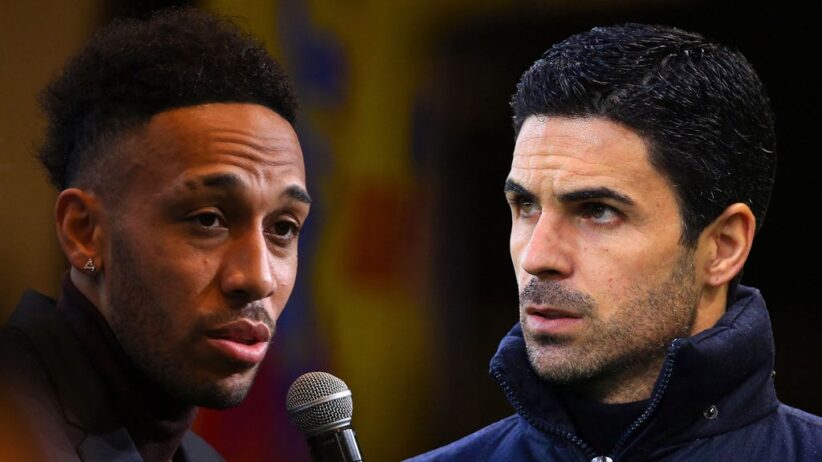 Mikel Arteta has responded to Pierre-Emerick Aubameyang’s claim that it was his fault he left Arsenal, insisting he was the “solution, not the problem”.

Aubameyang’s final contract at Arsenal was terminated by mutual consent on February 1, with the forward having been exiled from Arteta’s squad following a disciplinary breach at the start of December.

The 31-year-old, who was also stripped of his captaincy duties at Emirates Stadium, subsequently signed for Barcelona on a free transfer and pointed the finger at Arteta for the abrupt end to his Gunners career.

What did Aubameyang say?

Pressed on whether a personal issue with Arteta led to his departure, Aubameyang told reporters at his Camp Nou unveiling: “I think it was only with him and then he took this decision. He wasn’t happy and that’s it. I was calm.”

Arteta has now addressed Aubameyang’s comments, insisting that his actions were for the good of Arsenal before expressing gratitude towards the Gabon international for his work at the club.

“I’m extremely grateful what Auba has done and his contribution,” the Spaniard told reporters ahead of his side’s Premier League clash with Wolves on Thursday. “The way I see myself in that relationship is the solution, not the problem.”

Pressed on Aubameyang claiming he was the problem, Arteta replied: “That’s his opinion, that’s what he said and you have to respect that.”

Arteta was also asked if Alexandre Lacazette will continue as captain until the end of the season after taking the armband from Aubameyang.

“Laca is captain at the moment yes,” he said.

Arteta acknowledges that Arsenal have lost one of their main attacking threats in Aubameyang, but he is confident that Lacazette and Co. can make up for his absence.

“Auba’s trajectory at the club and the importance of his goals is unquestionable,” he added.

“But we have other players, and we believe we have other qualities in different ways to try to accomplish the amount of goals that we need in the team. That’s what we are going to try to do.”