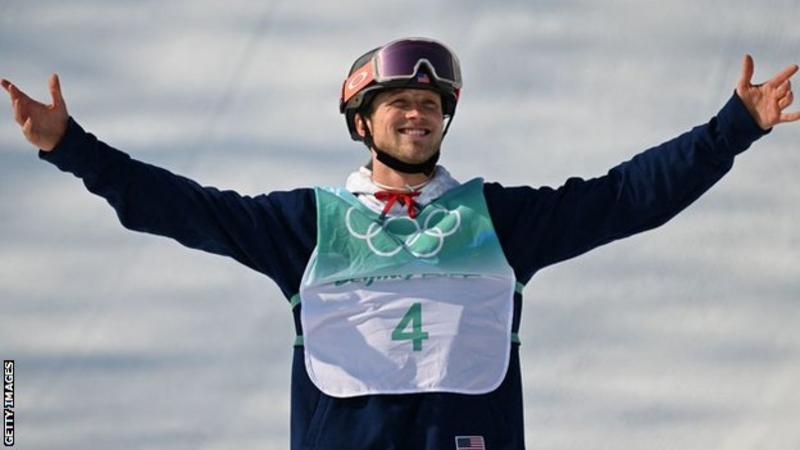 In his own words, reaching the Winter Olympics was a miracle in itself for Colby Stevenson, six years on from a life-threatening car accident.

It will therefore take some time for the 24-year-old’s silver medal in the men’s freestyle skiing big air, on his Games debut, to sink in.

“I feel like everything happens for a reason,” said Stevenson.

“I think it is a good way to look at life and to think positively and come out of dark times like that. That in itself is a miracle and surviving the car crash is a miracle.”

The American suffered 30 fractures to his skull after the truck he was driving flipped over when he fell asleep at the wheel when driving close to 500 miles home from a competition in 2016. Such were the severity of his injuries, he was placed in an induced coma.

Determined to make a full recovery, he battled through pain and depression to return to action.

Remarkably, he was back on his skis just five months later.

“Your character is really defined in those tougher times in life,” Stevenson said.

“That’s what defines who you are. Even though you’re maybe dealt bad cards, it’s about how you’re going to deal with that in a positive light, move forward and push towards your dreams, even though they seem so far out of reach.”

The 2021 World Championship slopestyle silver medallist, from New Hampshire, ranked 10th out of 12 riders after the first of three runs in Wednesday’s Olympic final.

Armed with a new perspective that he credits with benefiting his performance, Stevenson delivered on his sport’s biggest stage to secure a podium place behind Norwegian Birk Ruud.

“If it wasn’t the car crash, it probably would have been something else that shifted my perspective,” he said.

“I am definitely grateful to have that mentality and to have learned the things I have. You can attribute it to the car crash, and maybe I wouldn’t be Olympic silver medallist if I wasn’t taught those life lessons. It’s crazy.”

He added: “It’s been a long road for me since that car crash, but I’ve been surrounded by the right people. I’m just enjoying every moment, travelling the world and continuing to do what I love.”

Snowboarding legend Shaun White – who is retiring after the Olympics – qualified for Friday’s halfpipe final but not before giving his fans a scare.

The American fell on his first run to sit in 19th place, with only the top 12 scorers after two runs going through.

He used all of his experience to put down his second run, scoring 86.25 to qualify in fourth place, with Japan’s Ayumu Hirano top with 93.25.

The 35-year-old told BBC Sport: “I was so confident in my first run, everything was going my way and the tricks were perfect. I think I just let off the gas a little and didn’t give it enough on the second to last hit. Next thing I know, I’m sliding on my back.”

He admitted to being nervous before his second run but added: “I just put all those thoughts away and nailed my run.

“The relief is just incredible. My stomach is so knotted up from the pressure and I’m just so thankful to be going to finals.”

White, who has three Olympic gold medals from four Games, said he had made peace with his decision to retire.

“I’m surprised as I thought I’d feel differently but I’m so proud of the legacy I’m leaving behind and so proud of these amazing riders coming up behind me, pushing each other every day.”