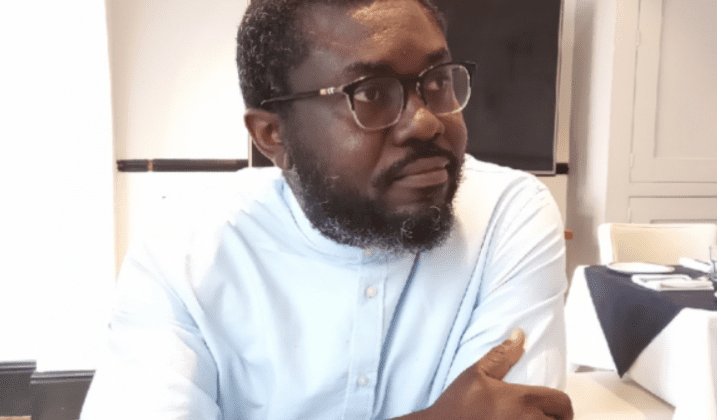 The Police have explained the reasons for arresting convener of the Fixthecountry Movement, Oliver Baker-Vormawor on Friday, February 11.

According to a police statement dated 12th February 2022, he was picked up for allegedly writing on social media that he would topple the government if the E-levy bill is passed.

“Mr. Oliver Baker-Vormawor has been arrested by the Tema Regional Police Command following a post he allegedly made on social media platforms to the effect that he would stage himself if the E-levy bill is passed by Parliament,”

He was picked up after arriving at the KIA on Friday, February 11, a member of the Movement Felicity Naana Nelson said.

“Oliver has been arrested at the KIA,” she told 3news.com in a telephone conversation after she earlier announced the arrest on her Facebook page.

“Osagyefo Oliver Barker-Vormawor arrived in Kotoka International Airport at 4 pm today and he was whisked away by state officials. Oliver has been missing for the last 6 hours,” she had earlier written on her Facebook page.

She later said in a statement that “We wish to announce the disappearance of one of our conveners – Mr. Oliver Mawuse Barker-Vormawor.

“Mr. Barker-Vormawor left the United Kingdom this morning Friday, 11th February 2022 for Accra, Ghana, where he is scheduled to have a series of meetings with the diplomatic community.

“He arrived at the Kotoka International Airport (KIA) at 4:59 pm on TAP Air Portugal flight TP 1527.

“The last time his family and lawyers heard from him was at 5:29 pm at which point he informed them that some unidentified armed men had accosted him on his way into the arrival hall at KIA.

“All attempts by Mr. Barker-Vormawor’s family and lawyers to find him since that time have been unsuccessful. The KIA Security, the KIA Immigration Office, the Airport Police Station, the National Bureau of Investigations Headquarters, and the National Security Head Office (Blue Gate) do not have any information on him.”

Officer who allegedly shot four persons in Tamale held, he is being interrogated – Police