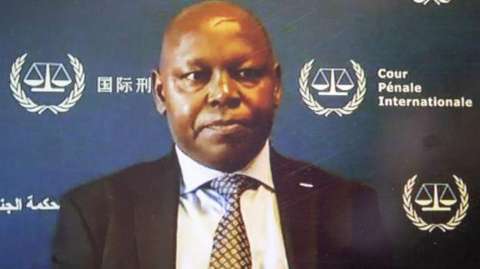 The trial of a Kenyan lawyer accused of bribing prosecution witnesses of the International Criminal Court is due to begin in The Hague.

Paul Gicheru faces charges of hindering the administration of justice by corruptly influencing witnesses regarding the 2007-2008 post election violence cases in Kenya. He denies the allegations.

He surrendered himself to the court in November 2020 – five years after the ICC issued an arrest warrant against him.

Prosecutors said the allegations against him undermined the case that Kenya’s Deputy President William Ruto faced at the court.

Mr Ruto faced murder, deportation and persecution charges during Kenya’s post-election violence in which about 1,200 people were killed – accusations that he has always denied.

The ICC threw out the case against him citing lack of evidence but refused to acquit him. It said there had been witness interference and political meddling.

President Uhuru Kenyatta also faced charges over the election violence, becoming the first sitting head of state to appear before the court in 2014.

The charges against him and three others were dropped the same year.