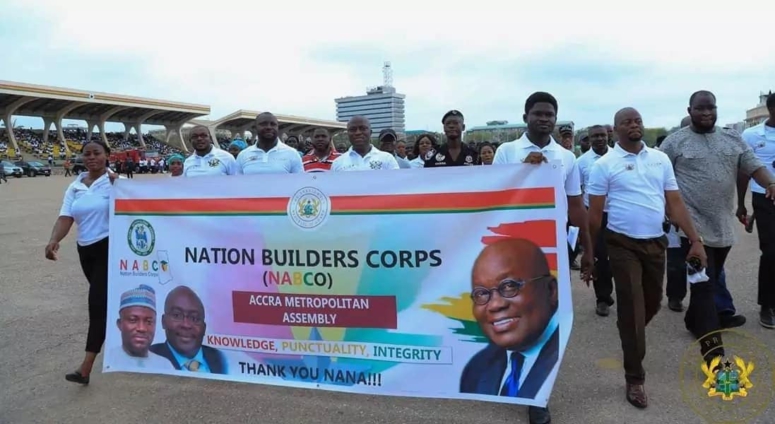 President of the Coalition of Aggrieved Nation Builders Corps (NABCo) beneficiaries, Nana Barimah Asamoah says the Coalition has agreed to comply with the Police directive to postpone their upcoming demonstration.

The Coalition in an earlier notification to the Police expressed their intention to organize a protest on Tuesday, February 15.

But the Police in a statement to reply the aggrieved beneficiaries said they are unable to offer security to the protestors, hence the need for them to postpone their scheduled activity to Thursday, February 17.

According to the Service, the inability of the Police to provide the needed security is due to the “operational exigencies”.

Speaking on News Night on Monday, Nana Barimah Asamoah said “for some reasons, we agreed that the demonstration should take effect on February 17. All the necessary arrangements have been made for Thursday.”

According to him, the government owes the NABCo beneficiaries six months arrears while their colleague nurses attached to the Ghana module programme are being owed ten months arrears.

However, he noted that on Monday afternoon NABCO Management paid their October and September allowances.

This, the Coalition believes comes at the back of their intended protest over the government’s failure to pay their allowances for the past six months.

According to some of the beneficiaries, the situation has made life very unbearable for them. Some aggrieved personnel also reiterated that the delay in payments has compelled them to rely on credits from some friends and family members, very much to their displeasure.

Meanwhile, the Coalition has explained that the demonstration is not only in relation to their unpaid allowances.

“We are not hitting the streets for only the arrears that have engulfed the scheme. If you could recall the 2020 general elections, the President promised us heavily that we will be maintained in our corporate job environment and so they introduced something called the career pathway transition process which was auctioned to usher us into the permanent mainstream job. That promise has not been fulfilled and so we are embarking on the demonstration on Thursday to call on the government to actualise the career pathway transition programme,” he told Evans Mensah on NewNight.