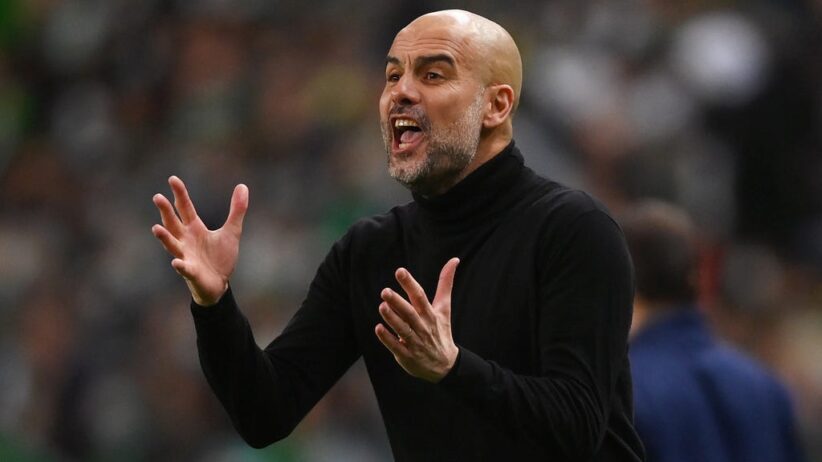 When asked if anyone can stop his dominant Citizens this season, the manager gave a forthright response regarding their Premier League rivals

Liverpool can still stop Manchester City from dominating on all fronts this season, says Pep Guardiola, who has described his team’s Premier League rivals as a “pain in the a**”.

City are looking good for silverware in multiple competitions once again this season – they have a nine-point lead over nearest rivals Liverpool in the Premier League, and are on the verge of the Champions League quarter-finals after thumping Sporting CP 5-0 away in the first leg of their round of 16 tie.

However, City boss Guardiola is taking nothing for granted – especially when it comes to the Reds.

When asked after the win in Lisbon on Tuesday night who can stop his team this season, Guardiola said: “Liverpool. They are our biggest rivals in the last few seasons, they are always there.

“They are a pain in the a** all the time. They are a fantastic team.”

It will take quite something for Liverpool to deny City the Premier League title, with the Reds trailing the leaders by nine points, albeit with a game in hand.

The teams are currently scheduled to meet at Etihad Stadium on April 9, but Jurgen Klopp’s team are relying on Guardiola’s men dropping points elsewhere to keep the title race alive.

The Champions League could be another matter, with City still chasing an elusive European crown after losing to Chelsea in an all-English final last season.

They might meet 2019 winners Liverpool in the last eight, should the Reds beat Inter in their own round of 16 two-legged clash.