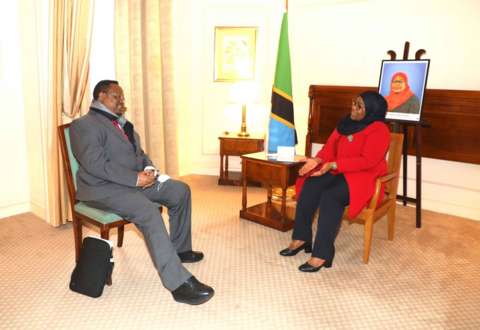 Tanzania’s exiled opposition leader Tundu Lissu has urged his supporters to work with President Samia Suluhu after their historic meeting in Belgium.

Mr Lissu said the meeting with President Samia was fruitful and that he was grateful for the opportunity.

She promised to look into the rights of the opposition, including the holding of political gatherings.

Mr Lissu said he also called for the dismissal of the terrorism case against leading opposition politician Freeman Mbowe, and for his own safety to be guaranteed if he returned to Tanzania.

The former presidential candidate also asked the president to guarantee his safety if he returns into the country and ensure all his rights including access to medical treatment are granted.

The opposition leader was shot in September 2017 in Dodoma as he was leaving parliament.

He was airlifted to Kenya for treatment before being flown to Belgium for special treatment.

He returned to Tanzania and participated in the heavily disputed 2020 general election that was won by then-President John Magufuli.

A few days later he returned to Belgium saying it was for security reasons.