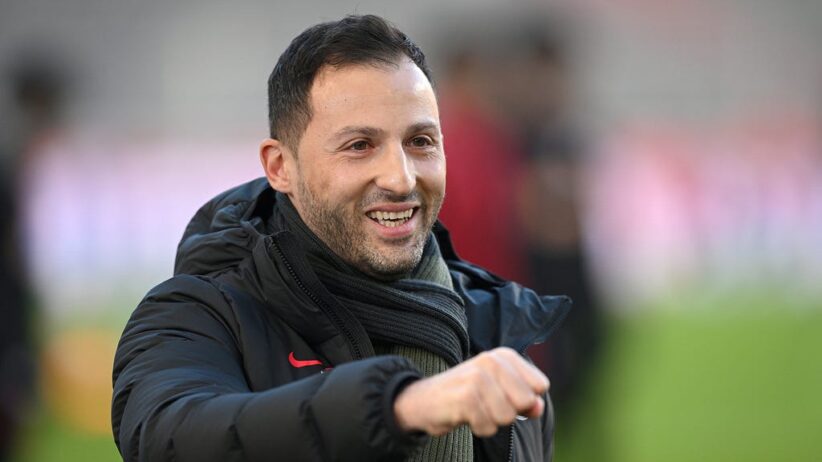 Then-Wolfsburg head coach Oliver Glasner had a clause in his contract that needed to be activated by the end of the month to allow him to switch clubs for a small fee.

Julian Nagelsmann had been announced as the new Bayern Munich manager, leaving a void in Leipzig that needed to be filled.

Glasner was set to become Nagelsmann’s successor, with various German media outlets reporting that a deal had been reached and the Austrian would be confirmed within 24 hours.

The Glasner deal fell through and it was decided that Jesse Marsch would be internally promoted to the top coaching job in the Red Bull football empire.

Having previously coached New York Red Bulls and been assistant to Ralf Rangnick at Leipzig, the American would move from Red Bull Salzburg to RB Leipzig.

Expectations were high and pressure was higher.

“I had some concerns before I went to Leipzig whether it was going to be right,” Marsch told the Athletic in January 2022.

“From my previous time there, and how the team were now playing, I knew there were going to have to be some adjustments to be made in the mentality of the group and the philosophy of the playing style.

“The concerns that I had were a self-fulfilling prophecy.

“Julian is an amazing coach. He has very specific training and playing principles that make him unique. But it’s different from what I do.

“At times, when we were trying to get the team to come together the right way, we would sometimes, for the sake of the process, commit more to what Julian had done than what I was hoping to do.”

Marsch tried to bring his successful tactics from Salzburg to Leipzig, believing that the traditional Red Bull approach of heavy pressing and vertical football would work as well in Germany as they had in Austria.

After all, he had watched Rangnick’s Leipzig use them to great effect.

But the players had moved on. Nagelsmann had given them the gift of possession and they were not willing to let that go and take a step backwards.

Even Marsch’s boss, Oliver Mintzlaff, expected that the traditional RB approach would work, but he has since accepted that the appointment was fundamentally flawed.

“Jesse Marsch is a great person and really good coach who will continue to work very successfully in the future,” said Mintzlaff told the Leipziger Volkszeitung.

“But knowing what we know today, it was a mistake to bring him in.

“We deliberately signed Jesse, with full conviction, because we wanted a bit of a return to the RB DNA. We didn’t succeed in taking this step.”
Under Marsch, Leipzig won just eight of 21 games in all competitions. They were 11th in the table and out of the Champions League when Mintzlaff and Marsch decided to put an end to things in December.

It was the right call.

In the Bundesliga, the Red Bulls won just 18 points in 14 games under Marsch. His permanent replacement has 16 points in eight games and now sits fourth in the table.

Interestingly, Domenico Tedesco was not one of the three managers on Mintzlaff’s shortlist last April.

Marsch, Glasner and Stuttgart’s Pellegrino Matarazzo were the men Mintzlaff had in mind to replace Nagelsmann.

After the false start with Marsch, he ended up with probably the only person in football who knows more about the game than Nagelsmann.

In 2016, when completing his coaching badges, Nagelsmann finished with the second-best score in his class.

His first job as a head coach was to take over bottom side Erzgebirge Aue in the 2. Bundesliga. Of course, he saved them from relegation.

Schalke came calling and, in his first season, he masterminded the historic comeback in the Revierderby where the Royal Blues came from 4-0 down against Borussia Dortmund to snatch a point that helped Schalke finish second in the Bundesliga.

Despite guiding them to the last 16 of the Champions League the following season, poor league form saw Schalke sack Tedesco – a decision they have been rueing ever since.

A procession of five different coaches in 2020-21 could not keep Schalke in the top flight, with Tedesco having moved on to try his hand at managing in Russia.

Tedesco’s Spartak Moscow finished second in the Russian Premier League in the same year Schalke went down, but he had decided that he wanted to return to Germany to be with his family.

After six months away from the game, RB Leipzig appointed him as head coach in December and the turnaround has been astonishing.

Excuses were made for Marsch’s tenure, with many pointing to the departure of key players Marcel Sabitzer and Dayot Upamecano to Bayern, and Ibrahima Konate to Liverpool.

But using the same squad, Tedesco has flourished.

“We are back on track. We can beat every opponent again,” veteran defender Willi Orban said after the 3-1 win over Koln, where Leipzig fans sang their coach’s name from the terraces.

Tedesco’s style has been a blend of the traditional RB style and the Nagelsmann approach, and it has proved extremely effective.

The Red Bulls play with a lot of possession again, but look to switch the ball quickly, which causes problems for opponents, especially when combined with a fast build-up that was part of the classic Red Bull game plan, but sometimes lacking under Nagelsmann’s patient, possession-based tactics.

Tedesco is meticulous and was previously called out by former Germany and Bayern midfielder Mehmet Scholl for taking the instinctive part out of football.

“The kids are no longer allowed to try their hand at dribbling,” Scholl said when Tedesco was at Schalke. “Instead, they can run 18 systems backwards and fart.”

Tedesco’s Leipzig have a definite system but he has given players like Christopher Nkunku and Dani Olmo freedom to express themselves in attack.

Despite the relative success in the early days, Tedesco wants more. He was known for boring 1-0 and 2-0 wins at Aue and Schalke, but now he has an attack that can give him the goals to go with the results.

Andre Silva, for example, has scored six Bundesliga goals under Tedesco compared to three under Marsch. Silva has been on the scoresheet in two separate 4-1 victories.

Tedesco is a perfectionist. Fourth would be good enough for the club to qualify for the Champions League again, but it will not be sufficient for the 36-year-old.

“Fourth does not matter at all,” Tedesco stated after the triumph over Koln. “The important thing is that we have the belief to win games like that or even games like the one in Munich.”

The game in Munich was a 3-2 loss to Bayern, but despite the defeat, the performance was a million miles away from the 4-1 home trashing against the same side in September.

Now, the only way is up for RB Leipzig and Tedesco.

Nigeria star Ndidi discusses why he could stay at Leicester City