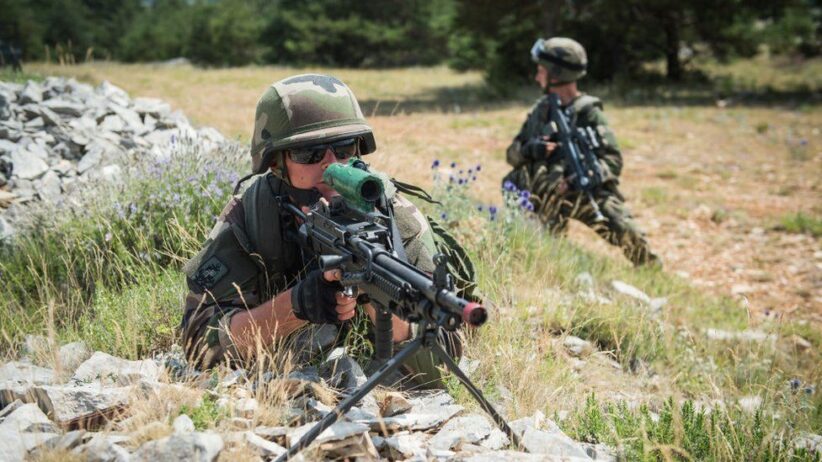 France and its allies in a European force will withdraw their troops from Mali after almost a decade, President Emmanuel Macron has announced.

The troops have been involved in the fight against Islamist militants in the country.

The forces will be re-deployed across Africa’s Sahel region.

“We cannot remain militarily engaged alongside de-facto authorities whose strategy and hidden aims we do not share”, Mr Macron told a news conference in Paris on Thursday.

He refuted claims that the withdrawal was an acceptance of failure and insisted that France remains committed to combating Islamist insurgencies in the region. He added that Niger had agreed to host some of the withdrawing forces.

“France has played a unifying role in this international mobilisation in favour of the Sahel”, he said. “We will continue to ensure this unifying role.”

The move followed a meeting of European and African leaders at the Elysee palace on Wednesday night.

In a statement released on Thursday morning, countries involved in the French-led Tabuka Task Force agreed to set out plans on how to remain actively involved in the region, most notably Niger and the Gulf of Guinea countries, by June 2022.

“In close coordination with the neighbouring states, they also expressed their desire to remain engaged in the region, in accordance with their respective constitutional procedures” the statement said.

Almost 5,000 French troops are deployed in the Sahel region to combat Islamist insurgencies as part of Operation Barkhane, with around 2,400 of those located at three bases in northern Mali.

But relations between France and Mali, which is one of the world’s poorest nations, have deteriorated since the army seized power in coup August 2020.

And tensions increased further last month when the junta reneged on an agreement to arrange elections in February and vowed to hold power until 2025, ultimately leading to the expulsion of the French ambassador.

In December, more than a dozen Western nations also condemned the deployment of the controversial Russia-based Wagner mercenary group to Mali.

Mr Macron warned on Thursday that the group had “essentially come to secure their economic interests and the junta itself”.

The withdrawal will have security implications for other countries in the Sahel region, who have been grappling with their own Islamist insurgencies, which can cross their common borders.

Ivory Coast President Alassane Ouattara warned that the move created “a vacuum” that would increase the burden on regional governments.

“We will be obliged to increase our defence forces and increase the protection of our borders,” Mr Ouattara said.

But Senegalese President Macky Sall said that he understood why France had decided to pull its troops out of Mali, and that he was assured the fight against Islamist militants in the Sahel would continue.