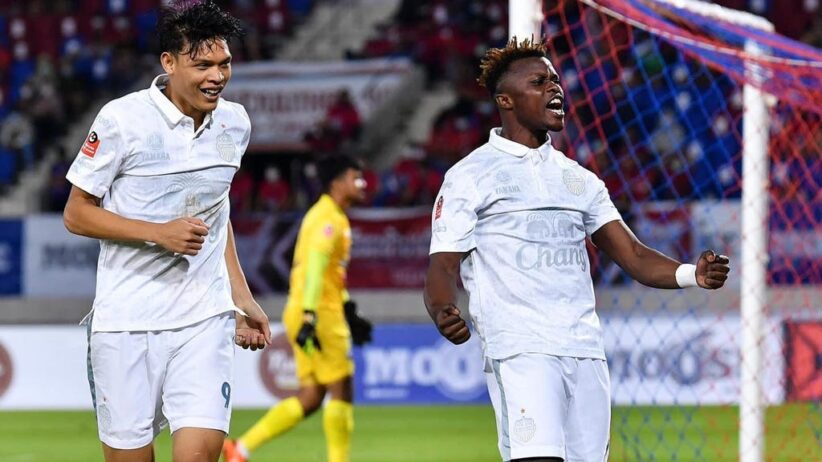 Kenya international Ayub Masika Timbe and his counterpart from the Democratic Republic of Congo Jonathan Bolingi were on target as their team Buriram United defeated Nong Bua Pitchaya 4-1 to move into the semi-finals of the Thai FA Cup.

The 29-year-old has been in decent form for the club since joining in December from Vissel Kobe and prior to the Wednesday game, he had scored two goals for the team.

In the game played at Chang Arena, the hosts needed just five minutes to get their first goal. Their opponents conceded a penalty and the Congolese attacker Bolingi held his cool to open the scoring.

Thirty minutes later, it was 2-0 for the hosts; the visitors conceded a corner and Harambee Star Timbe played it to Ratthanakorn Maikami who made no mistake from 10-yards.

Neither of the two sides would get another goal in the first half, despite the number of chances created.

Buriram needed 12 minutes after the break to score their third goal courtesy of Bolingi who capitalised on defensive lapses.

However, in the 66th minute, Reis Tardeli managed to pull one goal back for Nong Bua Pitchaya hoping to inspire them to a comeback and eventual progression to the last four.

All their hopes were dashed when Timbe controlled a good ball from the wing before unleashing a rocket past the custodian to ensure the game ended 4-1.

In the other last eight games played on Wednesday, Suphanburi eliminated Songkhla by a solitary goal scored by Danilo Alves in the 14th minute.

Finally, Police Tero needed extra time to defeat 9-man Pathum United 1-0 and progress. The latter had Chatmongko Thongkiri sent off after 60 minutes but still held on to get the match into extra time.

They were undone by Evandro Paulista who scored in the 108th minute, and 10 minutes later, Sumanya Purisai received his marching orders.