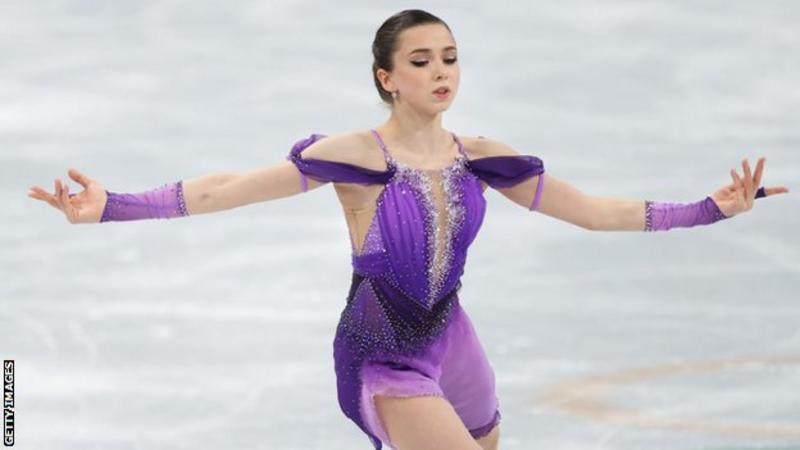 Hours before Kamila Valieva prepares to skate, the US athletes whose Olympic medal is on hold because of her failed drugs test met International Olympic Committee (IOC) president Thomas Bach.

The Russian 15-year-old is favourite for victory in the women’s event on Thursday but is at the centre of controversy after a court ruled she could compete despite the test result.

The IOC says there will be no medal ceremony if she wins, while those from the team event are also still pending until the anti-doping case is closed.

Valieva helped the Russian Olympic Committee to victory in the team event at Beijing 2022, with the United States second and Japan third.

IOC spokesman Mark Adams confirmed a meeting had taken place between the US skaters and Bach, but not with the Japanese because they “told us they fully accept the IOC’s approach”.

He did not divulge details of the meeting but American media reported the athletes had been offered Olympic torches for now instead of medals.

Adams said he believed Bach, who won a fencing gold in 1976, initiated the meeting because as a “former athlete and Olympian himself he wanted to understand how they felt”.

“Only by speaking to them can you really hear what they have got to say and what they really, really want rather than everyone expounding what they think they want,” he told a news conference.

Valieva leads going into Thursday’s free skate after an emotional short programme on Tuesday, where she fought back tears after finishing.

She is being allowed to compete after the Court of Arbitration for Sport (Cas) ruled against re-imposing a provisional suspension on her.

She discovered on February 8 that she had failed a drugs test for angina drug trimetazidine but then successfully appealed against a Russian Anti-Doping Agency decision to impose a provisional suspension.

That decision was upheld by Cas after appeals by the IOC and others, with the court’s ruling pointing to “exceptional circumstances” regarding her age and the timing of the test result, which came during the Games and nearly six weeks after the sample was taken.