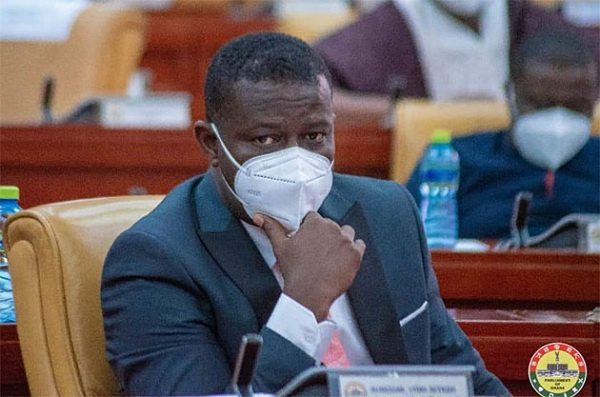 Majority Chief Whip, Frank Annoh-Dompreh has said the motion he and some of his colleague New Patriotic Party (NPP) Members of Parliament have filed to investigate the circumstances under which Professor John Evans Atta Mills died on the seat as President, is patriotic and well-intended.

The lawmaker for Nsawam Adoagyiri said they are determined to get to the bottom of this matter.

“It’s unfortunate our colleagues are misinterpreting our patriotic and well-intended action. The late President was a National Asset without contention.
“We are determined to get to the bottom of this matter, regardless of your unjustifiable worry,” he tweeted on Friday February 18.

The other lawmakers are Habib Iddrisu who is MP for Tolon, Davies Ansah Opoku for Mpraeso, Yves Nii Noi Hanson Nortey, Tema Central

This development comes after a former Deputy General Secretary of the National Democratic Congress (NDC) Koku Anyidoho called for the investigations 10 years after the death of Professor Mills.

“I am an accomplished citizen of Ghana, with All Rights accruing to me under the Constitution of the Republic. After 10 years of his death, I am respectfully requesting for an, INQUEST, into the death of President John Evans Atta-Mills. God bless our Homeland Ghana,” he earlier said in a tweet on Thursday February 3.

He also revealed that he was accused of having a hand in the death hence his call for the investigation.

In series of tweets on Thursday February 17, the Found and Director of the Atta-Mills Memorial Institute said “I love President Atta-Mills, but I have a RIGHT to protect the Anyidoho Family name. The INQUEST, is to save my PRECIOUS FAMILY NAME! The INQUEST has got nothing to do with any other FAMILY name.”

Nduom wins again as Birim lose appeal in US