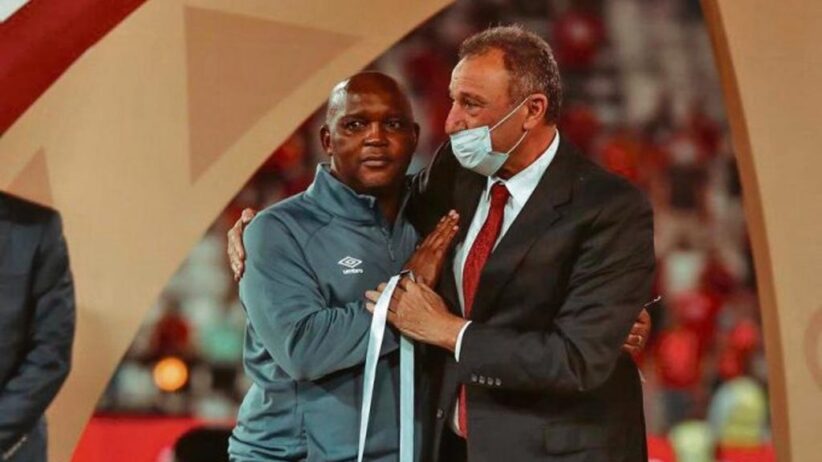 Al Ahly head coach Pitso Mosimane has stated he would be surprised if he will not renew his contract with the Egyptian giants.

The 57-year-old tactician’s current contract runs until the end of the season and talks are understood to be ongoing over an extension of his stay with the club.

“I have five months left on my contract, and I believe we will renew, and if we do not renew, I will be surprised,” Mosimane told On The Whistle.

‘I’ll repeat it to the next guy [who comes along], ‘I don’t know what you’ll have to win’. It will be tough for the guy unless he is sentimental.”

The three-time Caf Champions League winner also commented on whether he will take a chance, if it presents itself, to coach in the English Premier League.

“But I do not want that to cloud my mind, my vision, my happiness, and what I am doing on the continent. If that comes, it will come. If it does not come, it does not come.

“Do you want to say if you give me Chelsea of Thomas Tuchel, I do not understand the tactics? I know everything that they do, but he is more experienced. He has worked with bigger players at PSG.

“If an opportunity comes, it will come, but I am not looking for that opportunity because the reality is very difficult, let us be honest.”