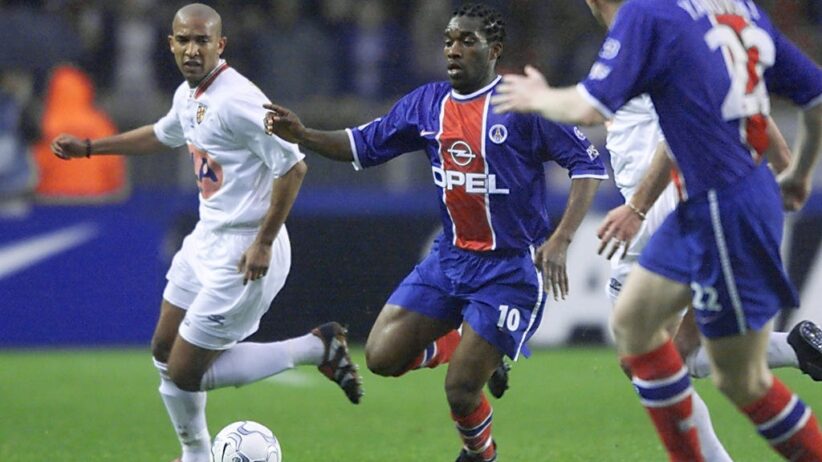 Cameroon legend Samuel Eto’o believes his counterpart from Nigeria, Augustine ‘Jay-Jay’ Okocha, did not get the recognition he deserved for his exploits in football.

The former Super Eagles midfielder was one of the finest players during his era owing to his skill and intelligence.

The newly-elected Fecafoot president believes the West African was talented just like Brazilian Ronaldinho. He has now expressed his displeasure considering the fact that the now 48-year-old did not receive as many accolades, stating it is an “injustice of world football”.

“It is the injustice of world football. What we saw Ronaldinho do a few years ago, Jay-Jay [Okocha] had done 10 or 15 years before and he never had the recognition of others. And that’s what happens when it comes to Africa,” Eto’o said as quoted by Onvoitout.

Okocha started his career as a youth at Enugu Rangers before being snapped up by German side Borussia Neunkirchen, where he played from 1990-1992. He would later join Eintracht Frankfurt from 1992, where he spent until 1996.

The next stop for the midfielder was in Turkish top-tier side Fenerbahce between 1996 and 1998, before being signed by French heavyweights Paris Saint-Germain for the next four years.

The most appearances for the player came at the English side Bolton Wanderers, where he played from 2002 to 2006 before winding his football career down with Qatar FC and later Hull City.

In international football, Okocha managed to win the Africa Cup of Nations (Afcon) trophy in 1994 with Nigeria. He also helped his country secure Africa’s first Olympic gold in Atlanta in 1996 with his dazzling skill.

In 2004 while at PSG, Okocha played a part in mentoring Ronaldinho; the latter went on to win several top awards including two Fifa World Player of the Year Awards and Ballon d’Or, something Okocha never came close to winning.