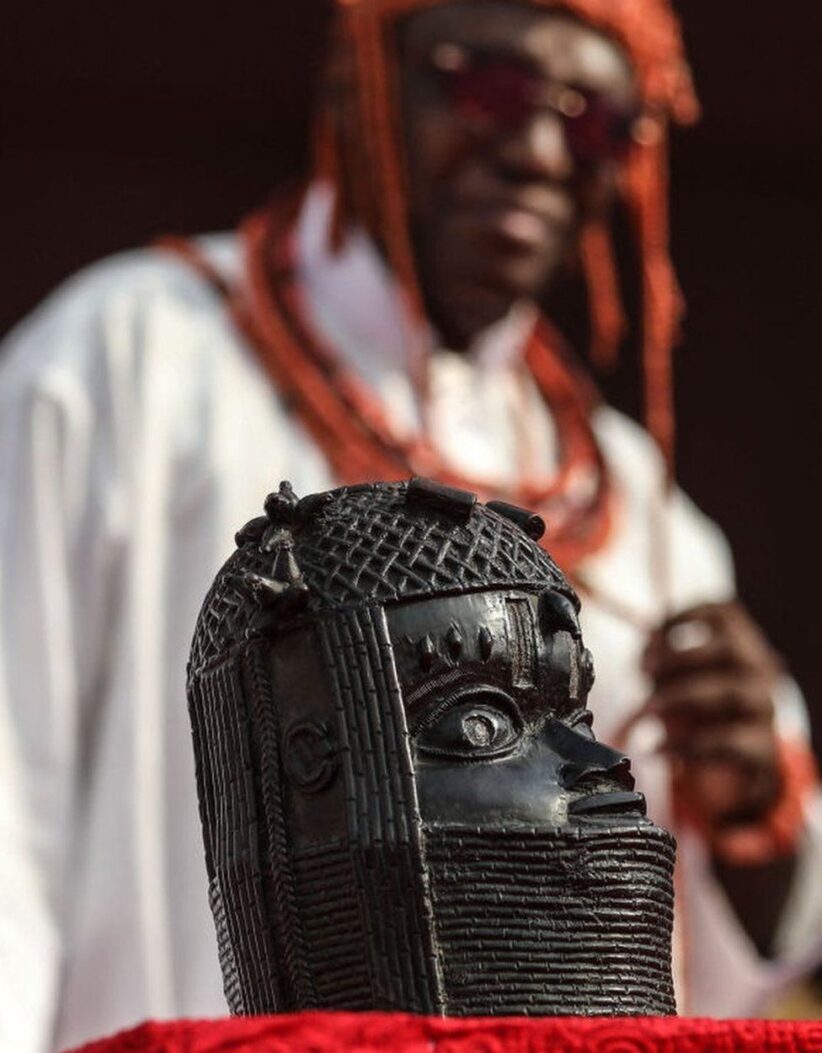 A sculpture which was handed back to Nigeria by the University of Aberdeen after its “immoral” acquisition is finally back in its ancestral home.

The bronze was looted by British soldiers when they occupied Benin City in 1897.

Depicting a king of Benin, it was acquired by the university in 1957 at an auction and handed back in October.

Its return to the Oba of Benin palace was marked at a ceremony at the weekend.

Thousands of sculptures and carvings were removed during the destruction of Benin City in present-day Nigeria.

Many ended up being sold to private collections and museums.

A delegation travelled to Aberdeen to officially receive the sculpture last year after its return was approved.

Neil Curtis, head of museums and special collections for the university, said a review of the collections identified the Head of an Oba as having been acquired in a way now consider to have been “extremely immoral”.

Battle for the Benin Bronzes: