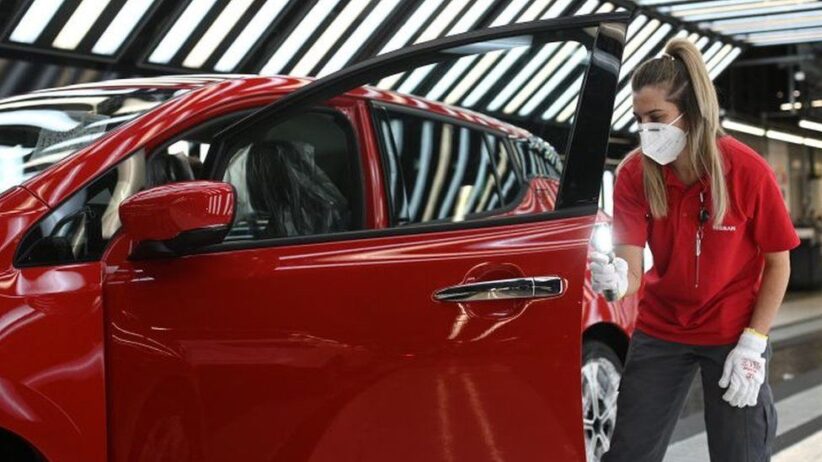 Interest payments hit £6.1bn last month, the highest amount for a January since records began in April 1997 and up from £4.5bn last year.

The payments are pegged to the Retail Prices Index (RPI) measure of inflation – which reached 7.8% in January.

January’s interest payments were, however, below the all-time high of £9bn in June last year.

Paul Johnson, director of the Institute for Fiscal Studies, told the BBC it was worth noting that “overall interest payments by the government are still at remarkably low levels” despite UK debt levels at the highest for 60 years.

“Year after year interest payments have come in below expectations and that has given the chancellor additional wiggle room,” he said.

The Office for National Statistics (ONS) said government finances recorded a surplus of £2.9bn last month as the economy opened up from lockdowns and tax receipts improved.

The surplus compares with a £2.5bn deficit in January 2021 – when spending on coronavirus support measures was higher.

However, the latest figure is still a £7bn smaller surplus than in January 2020, before the pandemic.

UK finances are normally healthier in January as self-assessment income tax receipts come in. Revenues from self-assessed tax was £18.4bn last month, an increase of £2bn from a year earlier.

Borrowing from the end of March to January was £138.5bn – the second highest for the period since records began in 1993.

Mr Johnson told the BBC the figures showed “we are still spending an awful lot more. We are poorer than we were.”

But he said the bigger picture was that the deficit – the gap between spending and tax receipts – was coming down quickly. Some big tax rises this year will also mean the government borrowing less, he added.

January is normally a month when the Treasury reaps the benefit of large tax payments from self-employed workers, with more money coming in than going out.

The public sector finances were always going to look comfortable compared with the same month last year when the lockdown over Christmas and the new year dented economic activity.

But a surplus of £2.9bn in January 2022 is still £7bn less than before the pandemic, reflecting the impact of Omicron.

It’s notable that borrowing in the financial year to date has more than halved, down by £140bn, before the Chancellor Rishi Sunak’s forthcoming tax rises have taken effect.

That illustrates a point already evident from the efforts in the past 13 years of successive chancellors, first Labour then Conservative, to fix the public finances by imposing austerity: namely, it’s not so much what the chancellor does, but what the economy does, that most effectively cuts government borrowing.

Chancellor Rishi Sunak said the government had “provided unprecedented support” through the pandemic.

“But our debt has increased substantially and there are further pressures on the public finances, including from rising inflation,” he said.

“Keeping the public finances on a sustainable path is crucial so we can continue helping the British people when needed, without burdening future generations with high debt repayments.”

The ONS figures showed that total public sector debt stood at £2.32 trillion at the end of the month, or around 94.9% of gross domestic product.