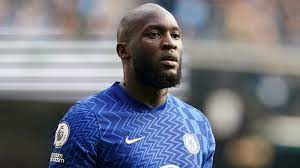 Chelsea manager Thomas Tuchel said “it is not the time to laugh about” Romelu Lukaku after the £97.5m striker’s recent struggles.

Lukaku only touched the ball seven times in Saturday’s 1-0 win over Crystal Palace, the lowest number any player has managed in a 90-minute Premier League appearance since at least 2003, when that data was first recorded.

“He’s in the spotlight and we’ll protect him. Romelu will always be part of the solution,” Tuchel said.

“Sometimes it’s like this with strikers if they struggle a little bit with self-confidence and to find the space to get involved with a good defensive side.

“Of course it’s not what we want and what Romelu wants but it’s also not the time to laugh about him and make jokes about him.”

“He’s lacking confidence – he looks like an unhappy player. He could do so much more for the team.”

The ex-Norwich, Blackburn and Celtic striker Sutton added: “I’ve hid myself in games.

“Your confidence wanes and you start to hide. You tell yourself you’re not hiding but you are – that was him in a nutshell.

“It’s OK [pundits] blaming other players but he was ambling. He wasn’t being clear in his movements.

“I can’t see them [Lukaku and Tuchel] both being there next season. Something has to give.”

Belgium striker Lukaku, 28, has only managed five Premier League goals in 17 appearances since rejoining Champions League holders Chelsea this summer, scoring another five in other competitions.

He has yet to score a league goal in 2022 since being dropped for a game following an interview that appeared critical of the club, although he netted twice in the recent Fifa Club World Cup, including in the final win over Palmeiras.

Other big-money strikers to struggle for goals at Chelsea compared to their strike-rate elsewhere include Andriy Shevchenko, Fernando Torres and Lukaku’s current team-mate Timo Werner.

“There is a history of strikers struggling at Chelsea so it may not be the easiest place in the world for strikers,” Tuchel said.

“In my opinion, Chelsea are a team considered a strong defensive team, a physical team, that has a certain attitude when in competitive football. We demand a lot of our strikers in terms of defending.”

Match of the Day analysis

The Match of the Day team of Alan Shearer, Gary Lineker and Ian Wright – all former England strikers – agreed that Lukaku’s team-mates should take some of the blame for his lack of impact.

Ex-Newcastle striker Shearer said: “There’s definitely not an understanding of what he wants, what he needs. He’s stopped running at times because the ball is not coming in. Seven touches is incredible.

“He’s got to demand it and make sure his team-mates are prepared to pass the ball in. It’s a bit of both [on who’s to blame]. He’s got to be demanding it but there’s no point paying so much if you’re not going to play to your forward’s strength.”

Former Barcelona forward Lineker said: “When I played, if I wasn’t getting service I’d be hammering them. You’d be giving them a hard time. You’d be shouting and screaming at them to give you the ball.”

And ex-Arsenal player Wright said: “They can’t be doing it in training because they’re not looking when the ball should just be put into an area for him. How can you pay that much money and not play to his strengths?”