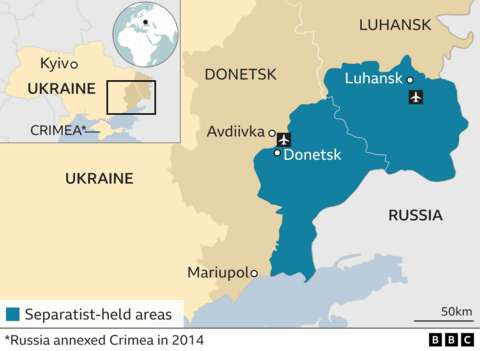 A senior Russian MP has said he believes Russia intends to recognise separatist claims over the entirety of the eastern Donetsk and Luhansk regions.

Rebel forces currently control just over a third of the two regions in their self-declared Donestsk and Luhansk People’s Republics. The rest is still under Ukrainian government control.

“Recognition of the LPR and DPR will be within the borders of the Donetsk and Luhansk regions,” Kalashnikov said, explaining that it would be clarified and decided in the coming days.

While Russian MPs are unlikely to know Putin’s intentions, there is a fear in Ukraine that Russia will try to expand the territory controlled by the rebels, which would spark a bloody conflict.