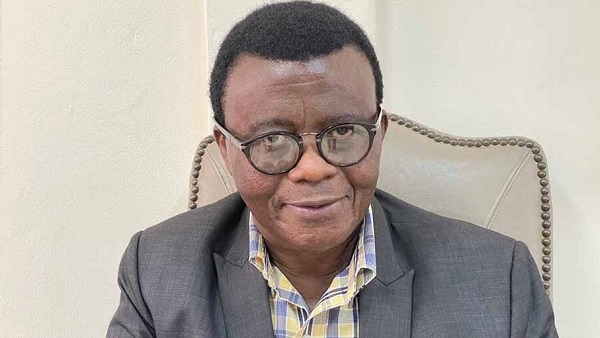 He said the referral of three Members of Parliament (MPs) to the Privileges Committee for their absence in the House without the Speaker’s permission should serve as a wake-up call to all other MPs to sit up.

According to him, the problem of absenteeism in the House had been a long-standing issue which needed to be addressed holistically.

In an interview with the Daily Graphic in Accra yesterday, Prof. Agyemang-Duah expressed delight with the Speaker’s initiative to address the problem and also bring discipline to the House.

The Speaker of Parliament, Alban Sumana Kingsford Bagbin, referred three New Patriotic Party (NPP) Members of Parliament (MPs) to the Privileges Committee of Parliament for absenting themselves from the House for more than 15 sitting days.

He named them as the MP for Dome-Kwabenya, Sarah Adwoa Safo; the MP for Assin Central, Kennedy Ohene Agyapong, and the MP for Ayawaso Central, Henry Quartey, who is also the Greater Accra Regional Minister.

Prof. Agyemang-Duah said because Parliamentarians were allowed to undertake other private work, some of them would go to Parliament to sign the attendance book and leave for their private business.

He said he was surprised that MPs could simply not write to seek the permission of the Speaker if they were going to be away for that long. “This case should put our MPs on notice to always do the right thing all the time.”
On the approach adopted by the Speaker in receiving the petition and referring it to the Privileges Committee, Prof. Agyemang-Duah said the issue needed to be revisited to put sanity into who could petition, how the petition could be submitted and the requisite action thereafter.

He said he was not surprised that the Minority Chief Whip, Mohammed-Mubarak Muntaka, felt that the Speaker should not have acted on the petition by an outsider.

He said if Parliament did not put in place procedures in receiving petitions, it would open the floodgates for anyone to petition the Speaker.

Prof. Agyemang-Duah noted that in other jurisdictions, Parliament could receive petitions signed by a number of people raising concerns about an issue of importance to the citizenry or groups.

“Parliament can revisit this issue and address the processes and approaches of petitioning the Speaker,” he stated.