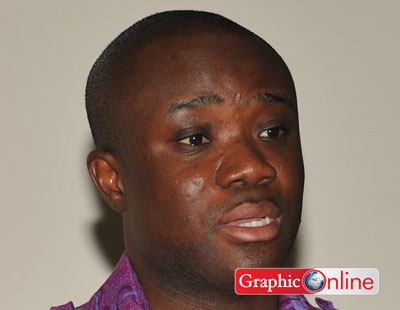 He said it only represented a political risk analysis of what they expected to happen in the 2024 elections.

According to him, the report published last week (April 13, 2022) was not an opinion poll on how Ghanaians were expected to vote on the candidates at the poll but a political analysis of what the unit believed to be the political situation in Ghana.

The London-based EIU, in its five-year forecast on Ghana released on April 13, this year, predicted that public dissatisfaction with economic challenges, the slow pace in development and the tackling of corruption are likely to inhibit the chances of the governing New Patriotic Party (NPP) winning the 2024 presidential election.

It, therefore, predicted that the opposition National Democratic Congress (NDC) “stands a reasonable chance of winning the 2024 elections” due to the quest of the electorate to seek for change in the face of the challenges.

“The former President, John Mahama, is reportedly considering running again, but we expect the opposition NDC to try to revitalise its prospects with a fresh candidate,” the report stated.

Agreeing with the EIU’s five-year forecast that the opposition NDC had better prospects of winning the 2024 presidential election, Mr Kwakye Ofosu disagreed with parts of the report which suggested that that could only be achieved with a new candidate.

“Their (EIU’s) baseline expectation is that the New Patriotic Party government will lose the 2024 elections and this means that their minimum expectation with all things factored is that the NPP will lose and that the reason why they will lose is that Ghanaians have become disenchanted by their poor performance in government,” Mr Kwakye Ofosu said in an interview with the Daily Graphic yesterday.

“So that is their basic assumption even though they have not carried out a scientific poll but they also, while they expect the NPP to lose, the NDC can bolster its chances by getting a new candidate”.

He said the part of the report about the NDC’s candidate had been misinterpreted by certain media houses to mean that the opposition party could only win the elections with a new candidate.

“The report only says that a new candidate would bolster our chances, this means that we will win but we may win by a wider margin or more if we have a new candidate. So, it is not a verdict on the candidacy of President John Dramani Mahama and the EIU has not said President Mahama cannot win the next election,” he said.

He said as a member of the NDC, he was certain if Mr Mahama decided to run at the next elections, he would win by a respectable margin.

Mr Ofosu Kwakye also stressed that the EIU was a very credible institution, having successfully predicted the outcome of presidential elections in Ghana in 2012, 2016 and 2020.

“The Office of the former President believes in the credibility of the EIU, we know that even though they don’t do polling, they are a credible organisation and over the years their predictions have come to pass in many jurisdictions, so we are not about to dismiss them on the basis of lack of credibility,” he explained.

“We will study the report as far as the electoral fortunes of the NDC are concerned, the NDC is a formidable political organisation that has sufficient capacity to determine what the right strategy would be and who will fit the bill as its flag bearer in the 2024 elections,” he added.

Politics not only way to develop country — Prof. Akosa